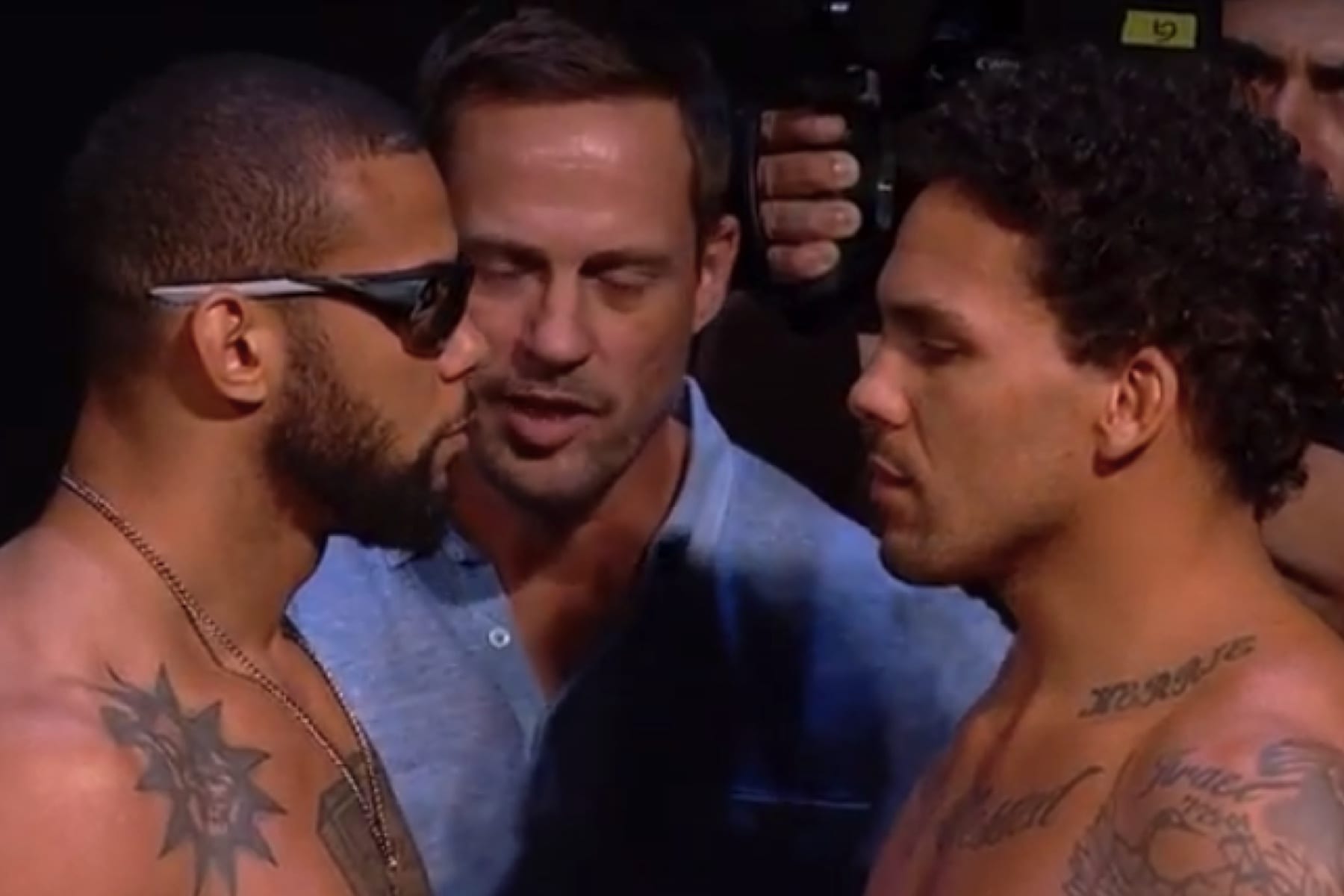 The main event of the Brazil-based card has seen a never-ending streak of changes starting with Glover Teixeira and ending with Jimi Manuwa’s withdrawal. Usual middleweights Thiago Santos and Eryk Anders will meet in the replacement main event.

Both Santos and Anders made weight for the 205-pound bout at today’s early weigh-ins. Former bantamweight champion Renan Barao did not, however, but that’s a different story.

Regardless, fight-crazed MMA fans in Brazil should have an explosive main event to cheer for tomorrow night. To get ready for the bout, check out Santos and Anders’ staredowns from the ceremonial weigh-ins here:

IN THE MAIN EVENT!