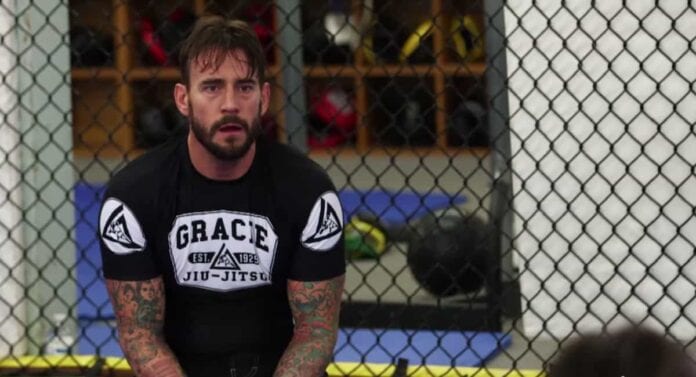 Scheduled to face green 2-0 prospect Mickey Gall on the main card of the UFC’s first-ever pay-per-view (PPV) from Cleveland, Punk (real name Phillip Brooks) has been telling everyone who will listen that there’s no reason he shouldn’t have the opportunity that many fans, media members, and fighters feel he may not really deserve, and the only thing he can do to quiet those critics is win at UFC 203.

But those who have witnessed his training videos believe he’s far from ready to compete at MMA’s highest level, and there are whispers that his session at today’s UFC 203 open workouts only served to further illustrate that stance. Watch the session courtesy of MMA Fighting below and decide for yourself: