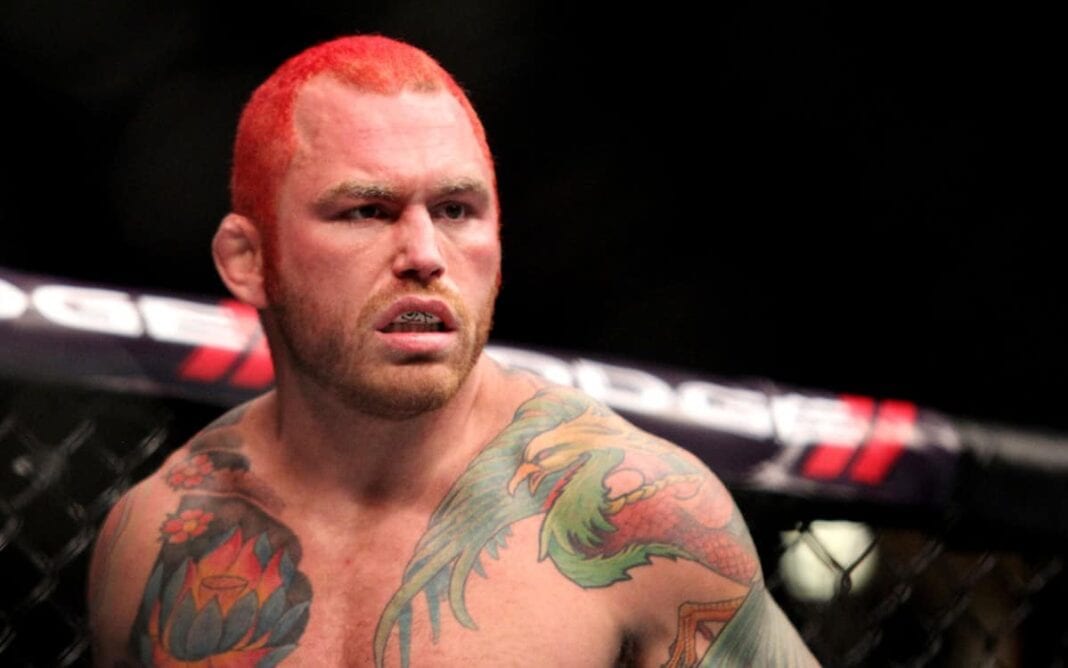 The hard times continue for UFC veteran Chris Leben, but things could’ve been a lot worse. ‘The Crippler’ faced a litany of 16 charges stemming from his June arrest in San Diego, California, where he stood accused of breaking and entering his ex-wife’s apartment, possession of illegal firearms and violating a court order held by Kaleena Leben.

Leben stood before the courts on Monday and was sentenced to a reduced 120 days prison time, which he has to start from September 21st. The judge also renewed the restraining order against Leben meaning he will have to remain out of contact from his ex-wife for the next 10 years. Leben was able to make light of the fact he’ll be spending some ‘hard time’ in Cali, posting the following on his Twitter:

The sentence itself was reached following a plea bargain by the troubled TUF (The Ultimate Fighter) alum’s legal team, and is broken down in to three parts. Leben must serve 30 days, then 30 days on work furlough, followed by three years of probation providing he is able to stay out of trouble during those first 60 days.

Now more than ever, Leben needs to keep his nose clean and find a way to make some positive from this situation. He has started running MMA classes at the One Training Centre in Spring Valley, CA, and hopefully he’ll be able to stay out of the negative side of the media. Having already been busted for string of DUI (driving under the influence) charges in the past, it’s not like ‘The Crippler’ is a stranger to legal troubles, but that needs to change.

Having took part in the first ever series of The Ultimate Fighter, Leben’s 12-year career as a fighter was filled with exciting fights, but also brutal losses. When he eventually retired, ‘The Crippler’ claimed his UFC career had left him injured, addicted to painkillers and broke.

Leben’s sentence will be spent out at the San Diego county jail, and let’s hope that’s the last of this messy situation.