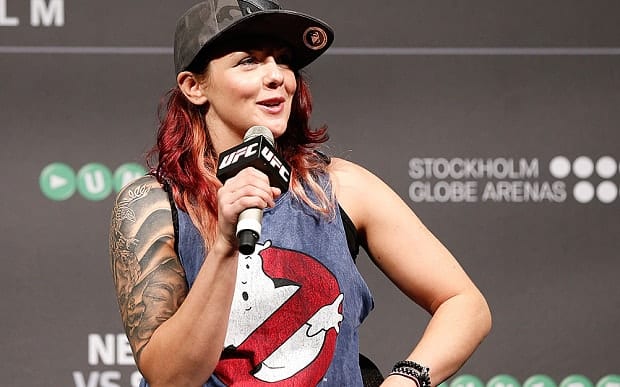 Looking to rebound from a shocking submission loss to Maryna Moroz at April’s UFC Fight Night 64, The Ultimate Fighter (TUF) veteran Joanne Calderwood came into today’s event with a ton of pressure on her shoulders in her hometown. She met a game challenge in Hawaii’s Cortney Casey, who had ‘JoJo’ on the ropes early on, only to see the Scottish Muay Thai champion come back and batter her with a vicious onslaught of strikes in the later rounds to win a unanimous decision.

For their efforts, Calderwood and Casey both earned $50,000 apiece for their part in the card’s “Fight of the Night.”

The two $50,000 “Performance of the Night” bonuses also went to European fighters, as Irish up-and-comer Joe Duffy earned one for his impressive first round submission of Brazilian veteran Ivan Jorge, while Scottish favorite Stevie Ray got the main card started off right with his electric knockout of Leonardo Mafra.

All told, it was an exciting event that featured a ton to celebrate for Scottish MMA, fully delivering on the massive promise of its status as the fastest sellout in UFC history.