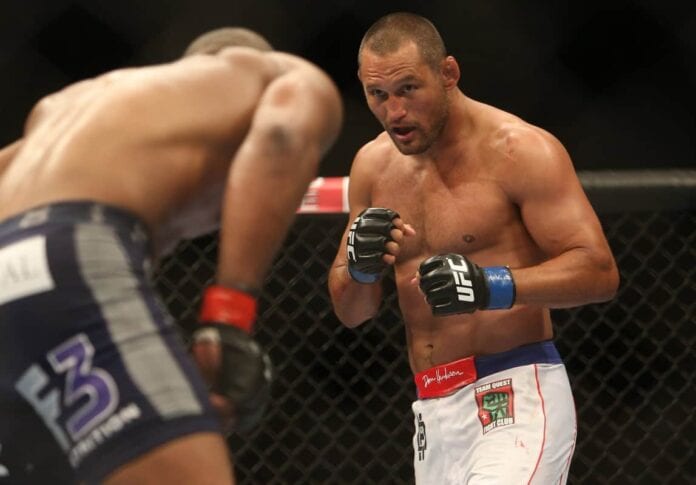 A decorated former Pride, Strikeforce, and Rings champion, MMA legend Dan Henderson was trying to avoid an ugly sixth loss in seven fights when he faced off with Tim ‘The Barbarian’ Boetsch in the main event of tonight’s (Sat., June 6. 2015) UFC Fight Night 68 from the Smoothie King Center in New Orleans, Louisiana.

He did just that with a time-defying first round stoppage that could only be defined as vintage ‘Hendo.’

Boetsch came out strong with an overhand right, throwing a kick and a rushing combo, But Hendo dropped him with his patented ‘H-Bomb,’ rushing to follow with a combination of knees and uppercuts, pounding Boetsch with endless shots to earn the stoppage in under one minute.