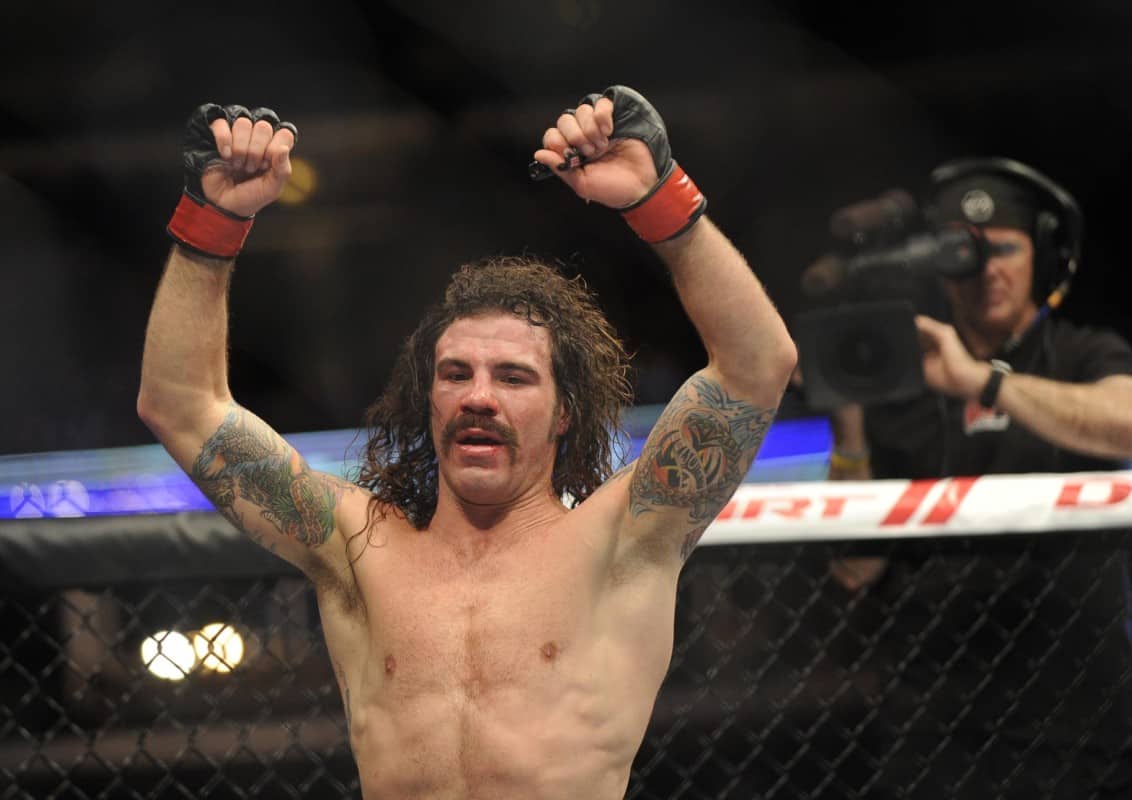 It’s once again fight day here at LowKickMMA, and the talent on display tonight (Saturday, June 25th, 2017) will come from in the form of UFC Fight Night 112. Headlining the card are Michael Chiesa and Kevin Lee, but there’s a whole bunch of great fights also taking place on the preliminary section of the card.

Clay Guida vs. Erik Koch in a lightweight bout closed the preliminary card on FOX Sports 1. In round 1, Guida circling around, flashing his jab, looking for an opening. Koch hanging back looking to counter, occasional jab or cross. Guida has high kick blocked. Koch bounces a left hand off Guida’s mug, Guida shoots. He’s deep switches to a single but Koch stuffs. Guida explodes on a high crotch and Koch’s back hits the mat for a split sec before he pops up and reverses Guida on the cage. Guida tries another single but Koch steps out. Koch short on a high kick.In round 2, Right hand for Guida answered by Koch cross. Guida with a flush overhand into a takedown. Guida staying heavy on top and then mounts Koch. Staying busy with short punches. In round 3, Koch misses a high kick, then has to fend off a Guida takedown. After several failed takedowns, Guida finally gets a high single takedown. Guida dominates him for the rest of the ground with ground and pound. Guida picked up the decision win.

Vitor Miranda vs. Marvin Vettori is next in a middleweight bout. In round 1, Miranda throws hooks when Vettori gets in too close kicks to the legs and head when he has space. Vettori constantly moving forward with strikes. Vettori showing off some really solid striking but Miranda still very dangerous. In round 2, Vettori catches a high kick and follows it back for the takedown on the cage. Miranda works his way up and gets very busy with kick. Miranda stuffs a couple shots from the Italian. Vettori is scoring with his hands, but Miranda is starting to chop him down with kicks. hey clinch up and Vettori swings around to the back. Miranda tries a standing kimura but just ends up on his back. Miranda works his way up with 30 seconds left. Vettori hits one last double leg takedown to end the round. In round 3, both guys were exhausted at this point. Vettori showing off tight hooks and fast hands in the pocket. Miranda with a sharp jab but he’s getting out landed. They trade hard knees strikes. Vettori picked up the decision win.

Carla Esparza vs. Maryna Moroz is next in a strawweight bout. In round 1, Esparza trying to faint her way in while Moroz had a low stance and was jabbing to keep Esparza away from her hips. Esparza with a nice right hand. Moroz trying to counter when Esparza lunges into the close distance. Esparza with a left hook then a 1-2 after a failed single leg takedown attempt. Esparza with a double leg but she’s wrapped up in a guillotine. Moroz holds onto it while Esparza punches the body. Moroz bails on it to end the round. In round 2, Esparza and Moroz trading shots whenever Esparza comes inside. Solid left hook for Moroz, then she stuffs a takedown. Esparza with two and three punches at a time. She slips around a Moroz uppercut to get a very brief takedown, but Moroz escapes and gets to her feet. In round 3, Moroz tried to call her own timeout after a groin strike. Esparza gets the takedown again midway through the round. Esparza picked up the decision win.

Darrell Horcher vs. Devin Powell in a lightweight bout opens the FOX Sports 1 preliminary card. In round 1, they had a feeling out process early. Horcher scored a takedown late in the round and worked him over with strikes from top guard. Horcher ended the round with punches and elbows from half guard. In round 2, Horcher landed a big strike that busted open Powell’s nose. Horcher scored a takedown halfway through the round and got guard. Powell got back to his feet but gets dropped. Horcher jumps on him and lands some big strikes but Powell was saved by the bell. In round 3, Powell shoots but Horcher reverses and goes for his own. Powell tries countering with anaconda. Powell going for broke in the final minute. Horcher gets up and shoots again but Powell tries another guillotine. Horcher gets him down and escapes the choke. The judges gave Horch the split decision win.

Jared Gordon vs. Michael Quinones in a featherweight bout finishes off the UFC Fight Pass preliminary card. In round 1, Quinones comes out kicking and Gordon fires back with punches, then a high kick of his own. Gordon pressuring. Gordon scored a takedown and got his back up against the fence. Quinones finally gets his back to the cage and stands up. In round 2, Quinones is falling short with his punches and then misses on a spinning back kick. He stuffs a shot but Gordon hits an uppercut and scores a takedown. Gordon dropping ground and pound from guard and then half guard. Michel tries to stand but Gordon shoves him down and keeps bashing him. Quinones is taking a beating at this point. Gordon punches and then takes him down, which led to Gordon smashing his face to earn a TKO win.

Johnny Case vs. Tony Martin is next in a lightweight bout. In round 1, Case is bouncing and feinting to start this LW bout. He flicks out some leg kicks and jabs. He eats one stiff jab from Martin. Martin finally opens up and tags Case with a right hand. He’s getting out landed and outworked but he’s landed harder body kicks and punches. Martin staggers Case with a right after they traded in the pocket. Case shoots half-heartedly to get his wits back and returns to feet. In round 2, Case is using his jab well to potshot, score, and keep distance. Martin’s countering and staying measured to conserve energy. Case is bloodied under his left eye and Martin is talking to him, egging him on. Big rights for both guys. In round 3, More measured round this time. Martin’s gas tank is holding up well and his jabs are marking up Case’s face. Martin ends the round with a takedown and an attempted kimura. Martin picked up the decision win.

Opening the UFC Fight Pass prelims is Jeremy Kimball vs. Josh Stansbury in a light heavyweight bout. In round 1, they had a feeling out process early. Kimball drops Stansbury with a right hand and pounds out his dazed opponent on the ground to earn the TKO win.