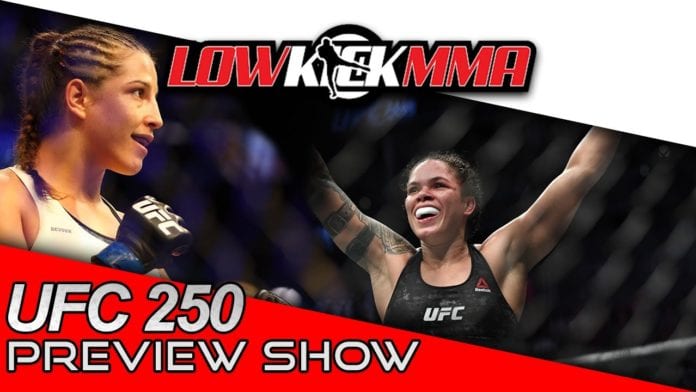 UFC 250 is almost upon us! In the main event dual weight champion, Amanda Nunes defends her featherweight title against top contender Felicia Spencer. Elsewhere on the card, we have two crucial matchups in the bantamweight division.

Former 135lb king Cody Garbrandt will look to bounce back after three straight losses against perennial contender Raphael Assuncao. Aljamain Sterling will be hoping to earn a shot at the title by beating rising star Cory Sandhagen.

Sean O’Malley will fight for the second time since returning from a two-year layoff in the toughest fight of his career – he’ll face former title challenger Eddie Wineland to open up the main card.

Join LowKickMMA site manager Jordan Ellis and staff writer Ryan Galloway as they look ahead to these fights and more offering their thoughts, predictions, and opinions on everything UFC 250.