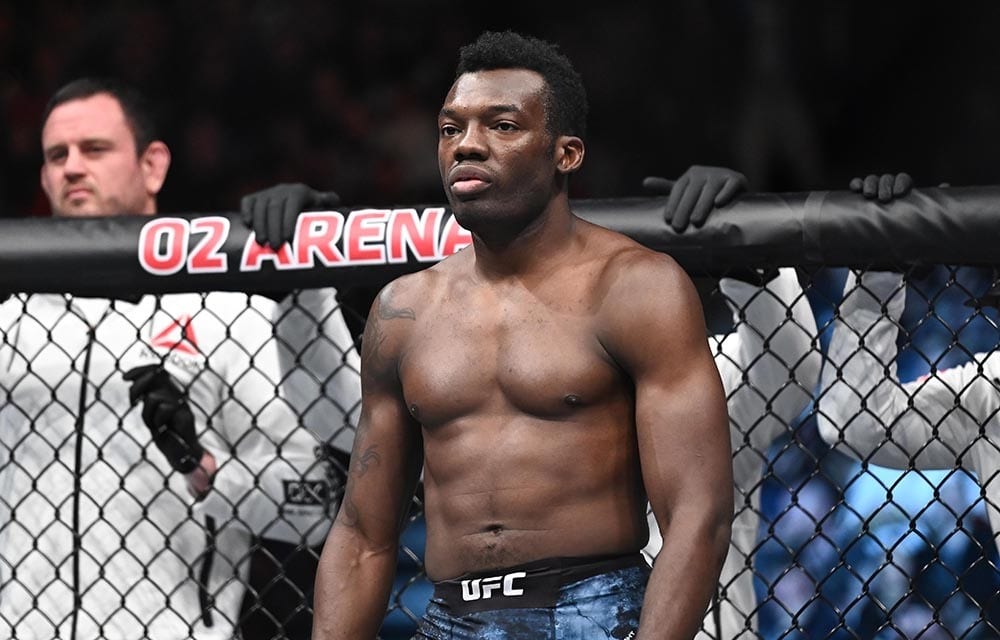 Alan “Brahma” Jouban and Dwight “The Body Snatcher” Grant will square off next at UFC 236 in an exciting 170-pound match up.

As always, Lowkickmma will have you covered with all the results from UFC 236 as they happen.

Jouban (16-6) will return to action after more than a year away from the Octagon. He last competed at UFC on FOX 28 in February of 2018 where he defeated Ben Saunders via second-round TKO.

As for Grant (9-2). The American Kickboxing Academy (AKA) standout has long been a killer in the training room. The 34-year-old Grant will look to get his hand raised in the Octagon for the first time on Saturday night.

Jouban pressures as Grant uses his footwork to cut an angle. Jouban throws a straight left hand and looks for a takedown. Jouban narrowly misses a head kick on the break. The fighters gather and take some time to take the others movements in. Grant throws a big overhand right hand. Jouban fires back and lands a right of his own. Jouban lands a hard leg kick. Grant is not pulling the trigger on his punches. Just as I say that he lands a right hook. Jouban responds with a right. Both guys land in the pocket. Grant lands a of hard leg kicks. Jouban pressures as the round .

The fighters touch gloves to start the round. Grant pops his jab and follows with a blitz. Jouban is hurt. Grant slips, Jouban recovers. The fighters slow it down a bit. Jouban throws a front flip kick. Grant answers with a leg kick of his own. Jouban is having a hard time locating Grant here in round two. He moves forward and throws a high kick. Grant circles around, the fighters trade leg kicks. Grant sneaks a right in as Jouban throws a straight right hand. Jouban wings a right hand that misses badly. Both men are looking to land a big KO shot as the crowd starts to boo. Jouban lands a leg kick. The horn sounds.

Jouban takes the center of the Octagon and pumps his jab to start the final round. Grant fires a series of punches that sting Jouban. Grant is moving backwards for the most part as Jouban is pressing. Grant throws a high kick, Jouban answers with one of his own. Grant sneaks an uppercut in. He wings a left hand, then a right. Jouban kicks Grant in the midsection. The referee stops the fight. Grant Has five minutes. Fight back on. Jouban continues to press. Grant lunges in and lands a right, Jouban clips him with a right hand. Then, Jouban lands a leg kick. Grant lands a leg kick too. Close fight. Jouban gets a takedown as the round ends.