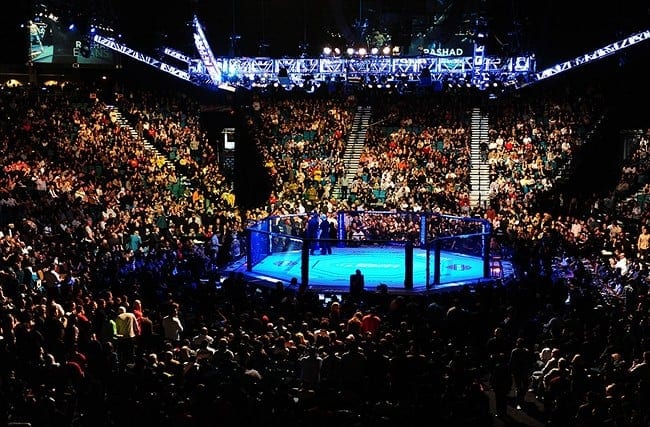 UFC 189 was a record-breaking event, it’s now official. The blockbuster show that went down last night (Saturday July 11th, 2015) from the MGM Grand Garden Arena drew an attendance of 16,019 fans, all of whom had come to see two huge title fights on the PPV (pay-per-view) main card. A thrilling affair in the UFC welterweight championship bout saw warriors Robbie Lawler and Rory MacDonald hospitalized, following a ‘Ruthless’ fifth round TKO victory.

The main event was all about Conor McGregor, as he proved once and for all that he is indeed for real, getting a come-from-behind TKO win over top ranked Chad Mendes. The reported gate of .2 Million breaks the record set by Anderson Silva vs. Chael Sonnen 2 at UFC 148, which was set in 2012 with .9 Million and just over 15,000 fans. UFC president Dana White has previously stated that UFC 189 would break all PPV buy records, including the 1.6 Million at mega-show UFC 100, but that’s yet to be confirmed.

Stay tuned to LowKickMMA during this stacked doubleheader weekend!