LowKickMMA.com
Home UFC News Tyron Woodley Was Let Down By The Promotion Of UFC 201 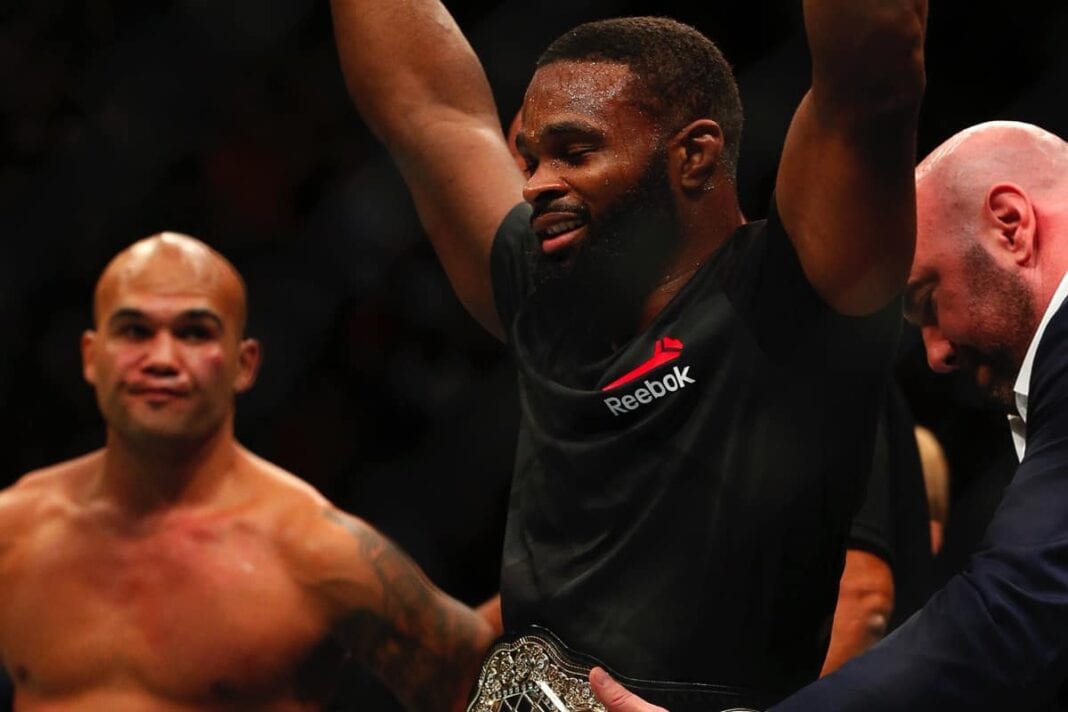 Tyron “The Chosen One” Woodley scored the biggest victory of his career at July 30’s UFC 201 from Atlanta, Georgia, knocking out Robbie Lawler in the main event of their welterweight title clash. Despite the magnitude of the victory, however, Woodley made it clear that he was a bit let down by the promotion of the event. Not only does Woodley feel as if the card could’ve been promoted better, but he also didn’t take it upon himself to do the promoting, saying that he didn’t see any financial incentive in doing so:

“I felt like, in general, the fight could’ve been promoted a little bit better,” Woodley said Monday on The MMA Hour. “We kind of got smashed in between UFC 200 and UFC 202. There wasn’t a ton of publicity and a ton of marketing done for the actual fight, and with that said, I wasn’t the champion at the time, so I didn’t really feel compelled and I didn’t have the financial incentive to really push the fight and go above and beyond.

“So I put all of my energy into my myself. They didn’t set me up to get to the Fast & Furious set. They didn’t set me up to meet with Dwight Howard and all of these guys. Those are relationships that I have built my own self, and I didn’t feel obligated, so why am I going to tell you three days before the fight ‘I’m going to do this, I’m going to do this, I’m going to knock his head off?’ You’re going to see in three days, so you guys can be patient, the cage will lock, we’ll get into a fight and you’ll see. But I told you guys, I’m going to leave everybody’s mouth on the ground and everybody is going to be in awe and they’re going to be shocked. And that’s what happened.”

In terms of establishing relationships for himself and promoting himself, Woodley did admit that he had a discussion with new UFC owners WME-IMG as well. WME-IMG has a background in the entertainment business, something that Woodley, an aspiring actor as well as fighter, hopes will be beneficial for him:

“I did speak to the new owners, the reps for the UFC,” Woodley said. “I thought it was important. They kind of rushed me to the guys, wanted me to see them, because I had set up for all of the guys from Fast 8 to come (to UFC 201), and the guys from WME were like, ‘well, some of these guys we actually represent, so let us take it into our hands. We want to make sure they get the actual experience they should get,’ as far as like celebrity VIP treatment.

“I think they know that I’ve done some films, stuff like that. Hopefully it’s something good for me. Hopefully something branches from this and makes my job getting movies and parts like that a little bit easier. But I’ll tell you right now, I’ve already committed to three movies in the last three days, and I have two others that I might not be able to do, so there’s five potential films that I could be working on.”

What do you make of Woodley’s comments regarding the promotion of UFC 201?