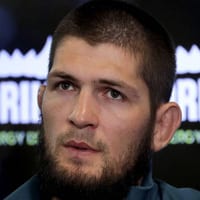 Khabib Nurmagomedov Reportedly Out Of UFC 187

Rafael dos Anjos: I Think Nurmagomedov Has A Tough Task

Rafael Dos Anjos Says Rematch With Nurmagomedov Will Be Different

Poll: Who Will Be UFC Lightweight Champion At The End Of...

Rafael Dos Anjos Prefers Nurmagomedov Rematch Over One With ‘Cowboy’

Dos Anjos’ Trainer: Once Khabib Beats Cerrone, We Can Erase That...

Khabib Nurmagomedov Tells Pettis To Hit The Gym, Not Parties