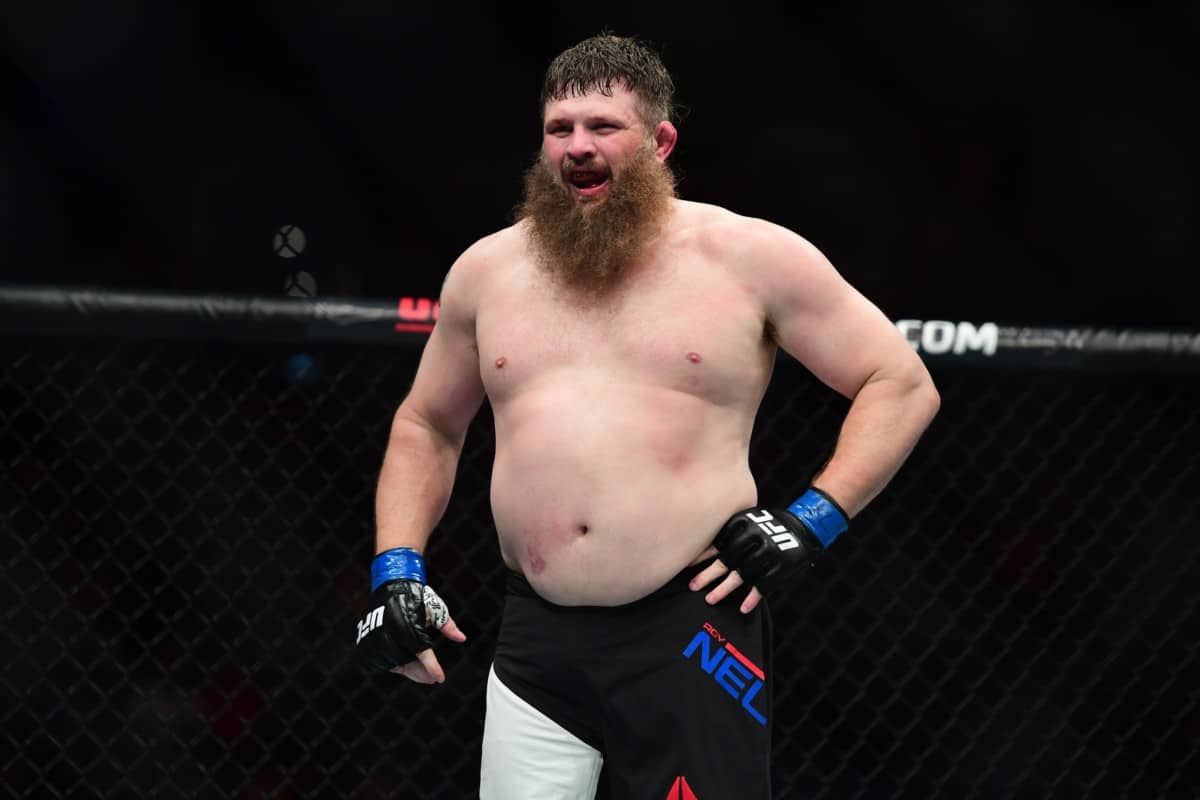 The 42-year-old made his Bellator MMA debut back in September of last year. He won a unanimous decision against Javy Ayala at Bellator 183. Nelson then lost in the Bellator MMA heavyweight grand prix quarterfinal to Mat Mitrione via Majority Decision.

Previously, Nelson had been with the UFC for almost eight years. He won The Ultimate Fighter Season 10 (TUF 10) when he knocked out Brendan Schaub in 2009. Over the years he’d establish himself as a favorite amongst the UFC fanbase.

Nelson signed with Bellator MMA in May of 2017 and didn’t look back. He continues to search for his first world title in MMA since holding the IFL Heavyweight Title back in 2008.

MMA Junkie has now confirmed that Nelson will return to the Bellator cage against Sergei Kharitonov. The fight goes down at Bellator 207 on Oct. 12 at Mohegan Sun Arena in Uncasville, Conn.

Kharitonov is a near-20-year veteran of the MMA game. He is currently on a four-fight win streak. Those fights have taken place under the Bellator and M-1 Challenge banners. He is a proven knockout artist but has a fair amount of submissions on his record as well.

Nelson and Kharitonov will serve as the co-main event for Bellator 207 in October. Check out the card for the Uniondale event thus far below: