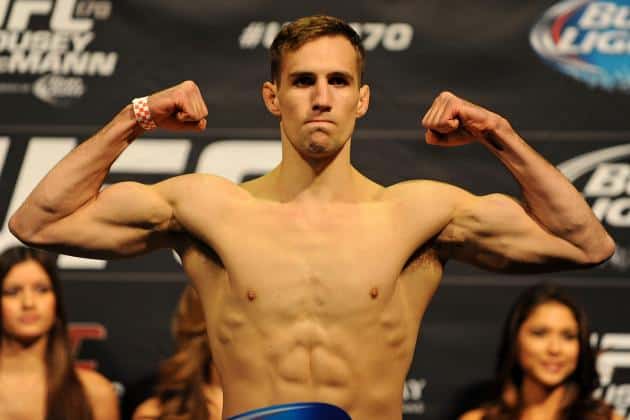 However, when Robbie Lawler stole the belt from Johny Hendricks with a close split decision in the main event of December 6’s UFC 181, a trilogy match between “Ruthless” and “Bigg Rigg” sort of seemed like a no-brainer due to the close nature of Hendricks’ original victory at March’s UFC 171.

Dana White said he’d like to see the fight, and apparently that’s what we’ll be seeing. Ariel Helwani just revealed on UFC Tonight that he spoke with MacDonald, and the “Red King” told him that he received a call that he would not be fighting for the title:

“He said, ‘nope, I’m not getting a title fight.’ I asked him, ‘What are you talking about?’ He said the UFC called him last week and informed him he won’t be fighting for the title next. He doesn’t know what they’ll do, he doesn’t know what’s next for him, but he wasn’t pretty disappointed about this.”

MacDonald apparently wasn’t all that frustrated about the situation, adding that he would simply defeat the next fighter on his list:

“After talking to him a little bit, he did tell me this though. He said, ‘It’s all good; I’m just going to light up whoever’s next, like usual.’”

After suffering through two lackluster efforts to close out 2013, MacDonald has been on a tear in 2014, defeating Demian Maia, Tyron Woodley, and Saffiedine to sit atop the short list of worthy contenders for the coveted UFC welterweight title belt.

But Lawler isn’t looking to defend his belt until Memorial Day, so that means MacDonald will almost certainly have another fight before he gets an awaited shot at gold.

If Hector Lombard gets past Josh Burkman at UFC 182 as most are predicting him to do, should the “Red King” and “Showeather” collide in a potentially thunderous title eliminator bout?