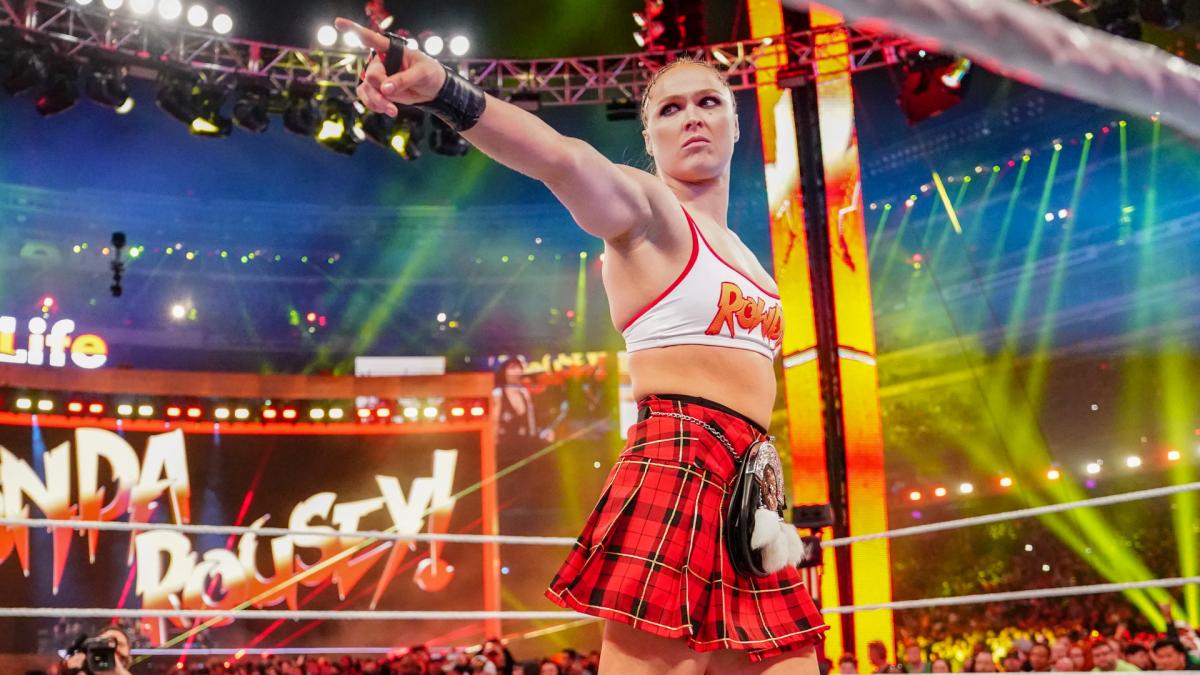 After making her WWE debut last year, Rousey would need just one year to be among the first female wrestlers alongside Becky Lynch and Charlotte to headline Wrestlemania.

It was a big deal as Wrestlemania is not only the biggest WWE event of the year with an attendance of over 80,000 people this year, but is also a cultural phenomenon.

However, “Rowdy” values a moment from her UFC career even higher in what was a cultural phenomenon in its own way.

“[WrestleMania] felt big, it’s just I think it just has to do with the time, with the perspective. Me and Liz Carmouche, it felt bigger to me,” Rousey told Megan Olivi in a recent interview (via MMA Fighting). “Even though it was years ago and not as many people watched and it was in the Honda Center, which maybe holds like 16 to 20 thousand compared to WrestleMania, where it was in front of like 80,000 people and millions of people watching.

“I just felt like me and Carmouche was the most pivotal moment, where everything had to happen that way or else women’s MMA would have ended before it started.”

Rousey faced Carmouche at UFC 157 in February 2013, with their bout notably being the first-ever women’s MMA fight in the promotion.

In what was a thrilling one-round fight, the former Strikeforce champion defeated Carmouche via her patented armbar. The wheels were then set in motion as Rousey quickly became a mainstream star.

She defended her title a further five times, with the nature of her quick wins making her one of the biggest draws in UFC history in the process.

With UFC president Dana White infamously stating women would never compete in the the promotion previously, Rousey’s success made her a trailblazer for women’s MMA.

But none of that would have been possible had the Carmouche fight not gone the way that it did.

“With WrestleMania, it just felt like all the stars were aligned and the whole universe was conspiring for us to succeed and I had not a single doubt in my mind that we would,” Rousey explained. “But for Carmouche, it was so many outside factors of like, the numbers had to do well and I had to win the match, but I had to win the match in an exciting way.

“There were just so many other different factors that I had to worry about and I feel like the stakes were higher in a way even though the venue and the audience was smaller.”