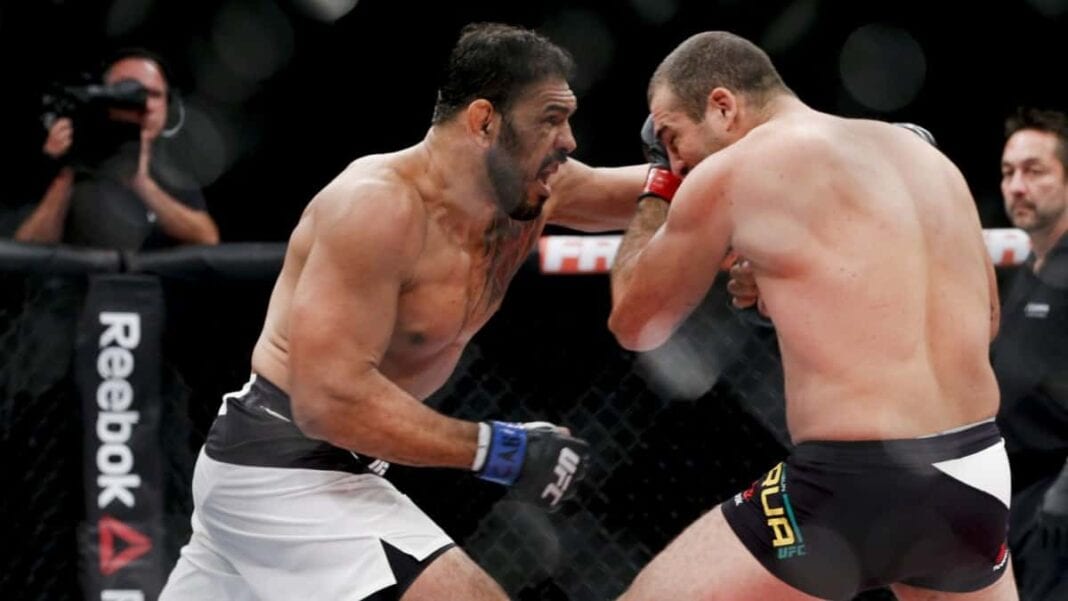 Despite his twin brother Antonio Rodrigo Nogueira recently retiring from the sport of mixed martial arts (MMA), “Lil’ Nog, Antonio Rogerio Nogueira is still trucking along, and he plans on getting back inside of the Octagon sometime soon.

Nogueira recently took on fellow Brazilian legend Mauricio “Shogun” Rua at July’s UFC 189 in a rematch nearly ten years in the making. Although both fighters are likely on the tail end of their careers, it turned out to be a great fight, and each man looked great inside of the cage, but ultimately it was “Shogun” who came out with the victory.

Lil’ Nog originally expressed interest in taking on Rua for a third time, but it now seems as if he may have another potential opponent on his mind. Recently speaking, Nogueira said that he believes a fight with former light heavyweight champion Quinton “Rampage” Jackson could make sense for December:

“I think Rampage would be a great fight for me. He comes at you, likes to exchange strikes.” Nogueira told Lancenet. “He makes beautiful fights and I think he matches up well with me for that style of fight. I will probably be back in December. I even thought of being on this Sao Paulo card in November, but that one is pretty much filled and I did not get the call. Vitor Belfort and Glover Teixeira will be there, so I should fight in December.  I had a good fight against Mauricio Rua and I’d like to keep going like this out of competitiveness.”

After a short-lived three-fight stint in Bellator, “Rampage” made his return to the UFC last April at UFC 186 scoring a unanimous decision victory over heavy-handed slugger Fabio Maldonaldo. As two ageing veterans, a bout between Nogueira and Jackson could fit the bill at this point in both men’s career.

Which light heavyweight legend would you pick to win this hypothetical bout?