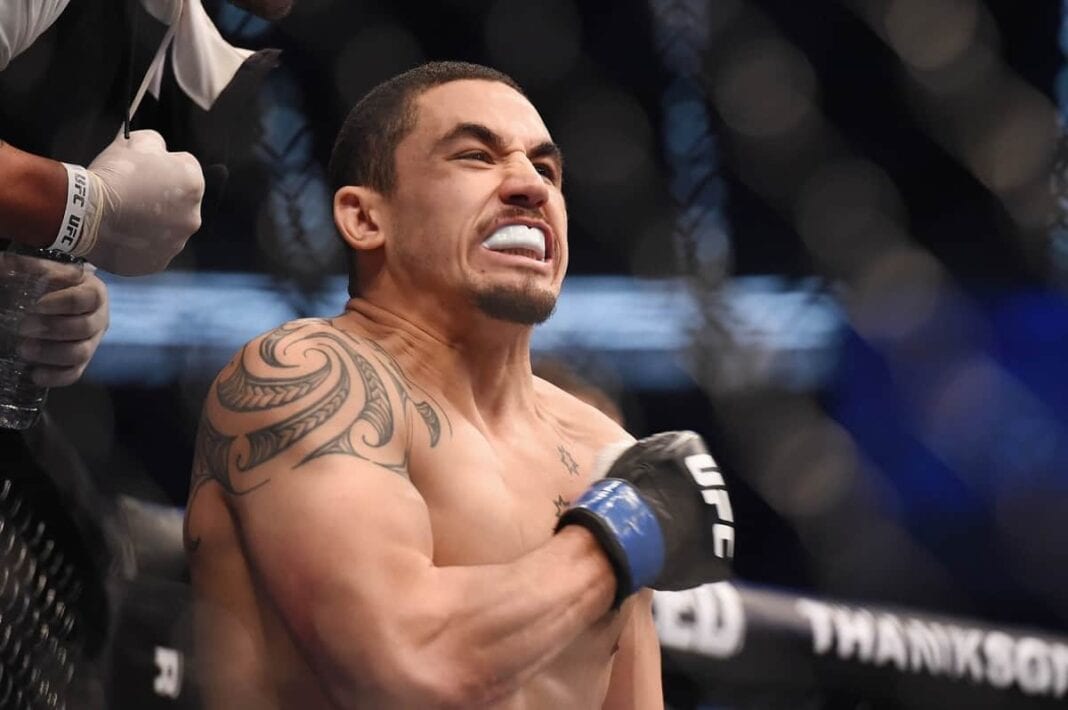 The stage was set for the main event of UFC Fight Night 101. Taking center stage were middleweights Derek Brunson (16-4) and Robert Whittaker (17-4). Someone’s streak had to go as both men went into this bout with five straight wins.

Brunson’s wild approach was his downfall.

Brunson moved forward, but had his takedown stuffed. Whittaker nailed Brunson with an uppercut. Brunson fired a left hand and went for another takedown. Whittaker escaped and both men swung wild. Brunson staggered Whittaker who quickly moved back. Brunson threw some sloppy punches and shot in. He dumped his opponent to the mat, but “The Reaper” quickly got back up. Brunson rushed forward and got decked. Whittaker landed an uppercut on a wobbly Brunson. He connected with an inside elbow. A head kick wobbled Brunson and Whittaker finished him off with ground and pound.