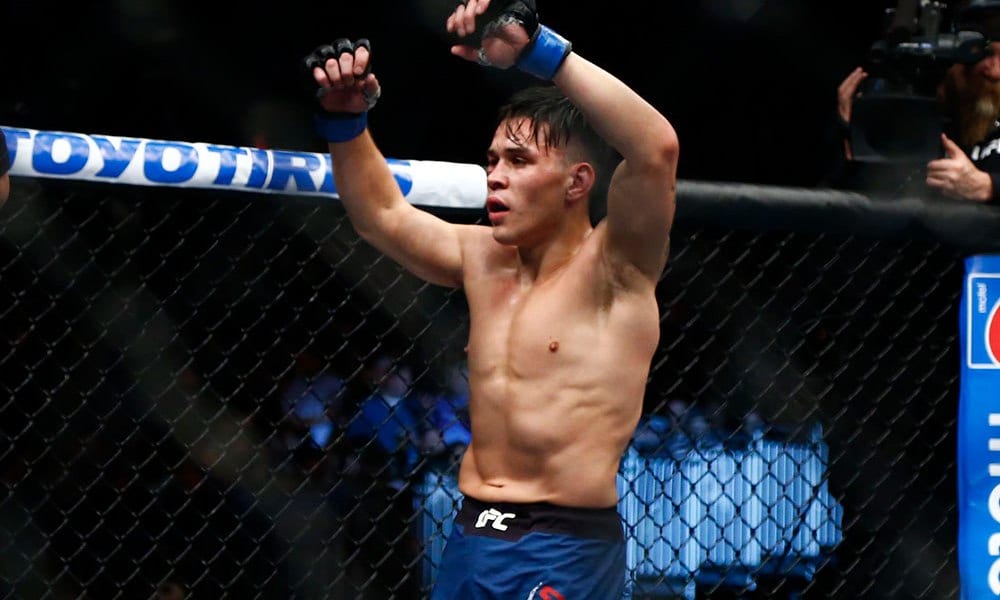 Ricky Simon and Brian Kelleher are set to collide next month.

According to MMA Fighting, a bantamweight bout between the pair is in the works for the UFC’s upcoming September 5 event.

The event will be headlined by a heavyweight bout between Alistair Overeem and Augusto Sakai and is expected to take place at the Apex facility in Las Vegas.

Simon returned to the win column with a split decision victory over Ray Borg back in May. That win snapped a two-fight losing skid that saw Simon lose to Urijah Faber and Rob Font. Before that, the 27-year-old started his UFC career with a 3-0 run including victories over Merab Dvalishvili, Montel Jackson and Rani Yahya.

Kelleher, meanwhile, suffered defeat in his most recent outing after a unanimous decision loss to Cody Stamann at UFC 250 in June. That setback stopped a two-fight winning run that saw him submit Ode Osbourne in January and knock out Hunter Azure in May.

Both fighters will be looking for a decisive win that inserts them into the top 15 of the bantamweight division, which at the moment, may be the most stacked weight class in the UFC today.

Who do you have winning that fight?