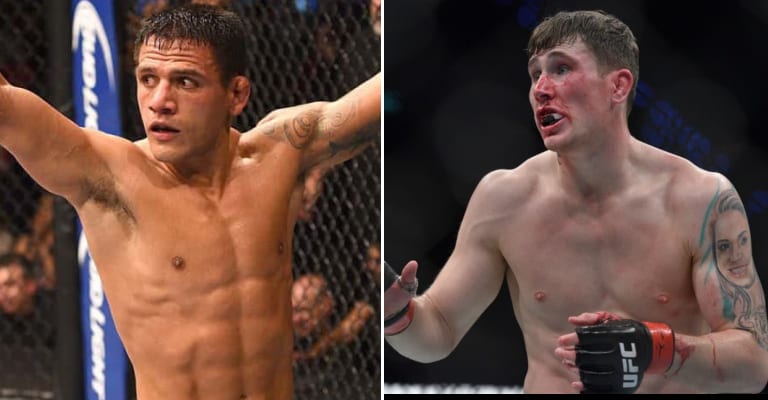 After dropping back-to-back defeats at lightweight, dos Anjos decided to move up in weight and it has worked out for the better, as he’s won three-straight fights and is set to take on Colby Covington for the interim 170-pound title in the co-main event of next weekend’s (June 9, 2018) UFC 225 from Chicago.

Due to his experience, dos Anjos can relate to rising welterweight contender Darren Till, who missed weight ahead of his UFC Liverpool main event against Stephen Thompson last weekend. And although he won the bout, a video was later released detailing just how difficult Till’s cut was.

Because of this, dos Anjos expects Till to eventually move up to 185 pounds:

As far as his own career goes, dos Anjos recalled his troubling cuts down to 155 pounds, while confirming that moving up was the ‘best’ decision he’s made:

“It doesn’t make any sense,” dos Anjos said. “I’m passing through this, getting dehydrated, almost dying to the next day getting punched in the head. It just don’t make sense. I’ve gotta make changes. I think it was the best thing I did.”

Would you prefer Till to move up and compete and middleweight?