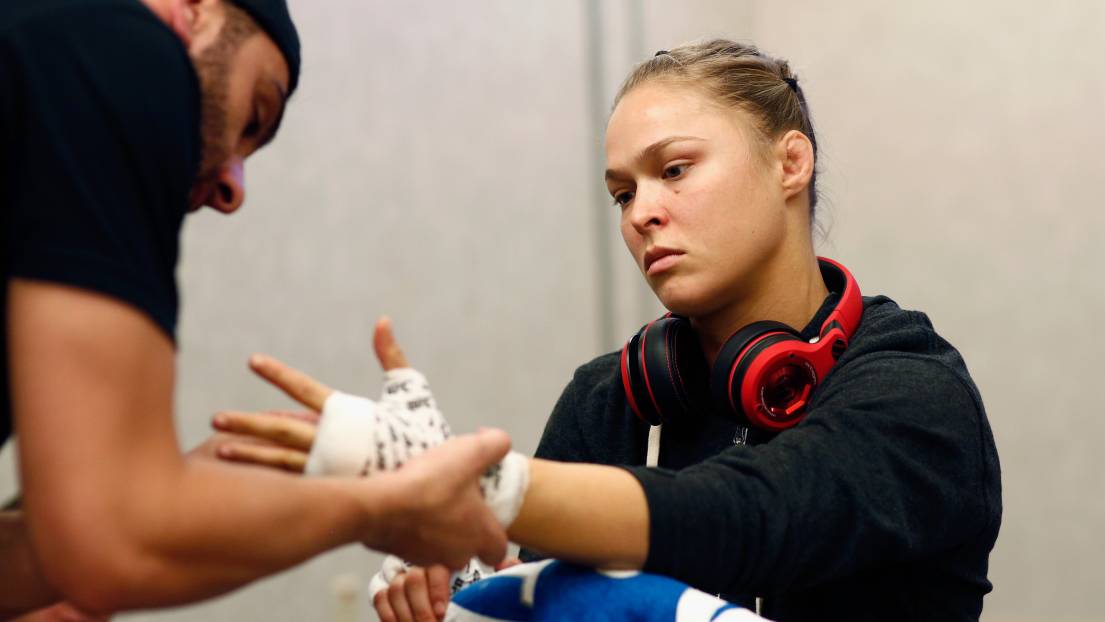 Ronda Rousey has remained quiet in the buildup to her return bout at this Friday’s (Dec. 30, 2016) UFC 207 where she will take on reigning 135-pound queen Amanda Nunes in the evening’s main event from Las Vegas, Nevada.

Rousey hasn’t competed since Nov. 2015’s UFC 193 where she surrendered her title in brutal fashion via second round head kick knockout to Holly Holm. While she has refused to speak to the media this week, any quotes that have come from Rousey in recent memory indicate that she has something to prove, which is a position she likes to be in according to an old friend:

“I can tell you that in the old days if Ronda suffered a loss, she came back with a vengeance,” former roommate and Olympic gold medalist Kayla Harrison told FOX Sports. “I’m expecting that. No one does underdog better than Ronda Rousey. She likes that feeling. She likes having to prove something to people. It’s going to be insane.”

According to the betting odds, Rousey won’t technically be the underdog, but she does have something to prove, as many have questioned her mental and physical states ahead of UFC 207.

The “Rowdy” one will also have a tough test in front of her, as Nunes is riding an impressive four fight win streak that includes victories over Shayna Baszler, Sara McMann, Valentina Shevchenko and Miesha Tate.

Who do you expect to walk away with 135-pound gold later this week?