LowKickMMA.com
Home UFC News Myles Jury Out, Paul Felder In Against Edson Barboza For UFC On... 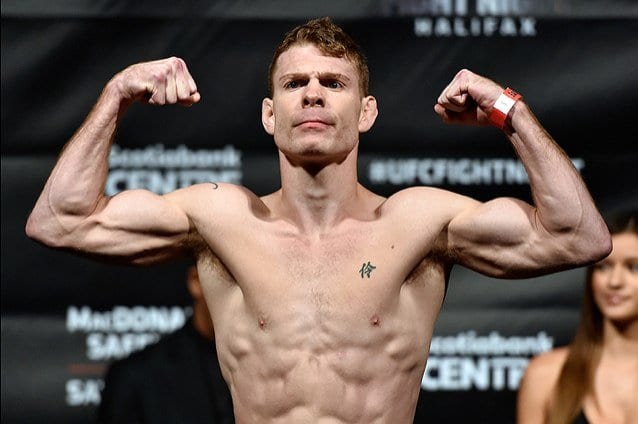 When the UFC on FOX 16 card was announced, Myles Jury (15-1) was set to face former UFC lightweight champion Anthony Pettis (18-3) at the United Center in Chicago, Illinois on July 25. Pettis was forced to withdraw from the bout due to an injury and was replaced by Edson Barboza (15-3).

The UFC announced that “Fury” has been pulled from his bout against Barboza. The undefeated Renzo Gracie Philly standout Paul Felder (10-0) will now meet Barboza inside the Octagon.

“The Irish Dragon” will look for his third UFC win and to improve his record to 11-0. Meanwhile, Barboza is looking to rebound from his unanimous decision loss to Michael Johnson earlier this year.

This fight could very well end in a knockout. In Felder’s 10 wins, he’s earned seven knockout victories. Barboza is not a stranger to finishes himself. He has 10 knockout wins to his credit.