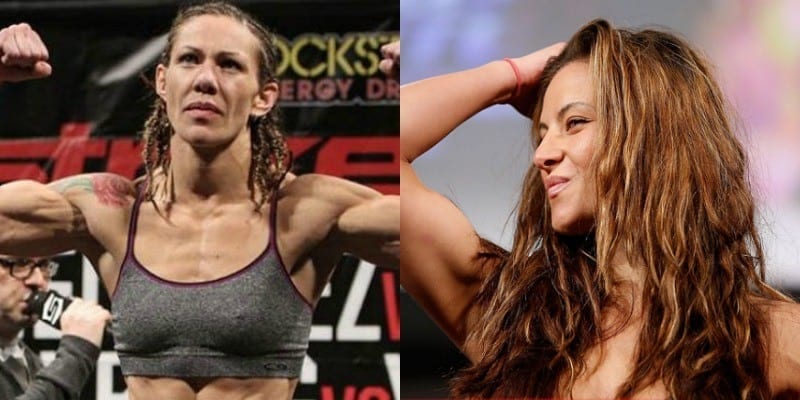 A third showdown with Rousey may not be the only lucrative bout waiting for “Cupcake”, however, as she has once again voiced her willingness to fight Invicta FC featherweight champion Cris “Cyborg” Justino.

Justino, known for her crushing knockout power, has long been considered one of the best female fighters in the world, but has never made her way to the Octagon. That could change very soon, however, as rumors have surfaced indicating that Justino could debut at May’s UFC 198 in Brazil.

While Tate had no official word on “Cyborg’s” status, she did say that she would be interested in a catch weight bout with Justino:

“I’ve been hearing rumors or something that supposedly she’s coming to the UFC, but I’ve been hearing it for such a long time, I just don’t really know. I don’t have that confirmed. But I am open to that fight,” Tate said at a recent Q&A session (Via FOX Sports).

“Maybe doing it at a catchweight at 140. I have nothing but respect for Cyborg. She freaking eats girls for breakfast, so she’s amazing.”

From Tate’s side, the champion claimed that she wouldn’t have much to lose in a fight with “Cyborg”, admitting that she would love to test herself against the sport’s elite:

“It’s like, what do I have to lose in that fight?” Tate said. “I go out there and give it everything I have and if I’m able to take out Goliath, then I am (good). I would love to step in there with someone of her caliber.”

It’s unlikely that Tate will be ready to go again in May, but a clash between she and Justino would undoubtedly be a huge contest.

Would you like to see these two ladies square off in the future?