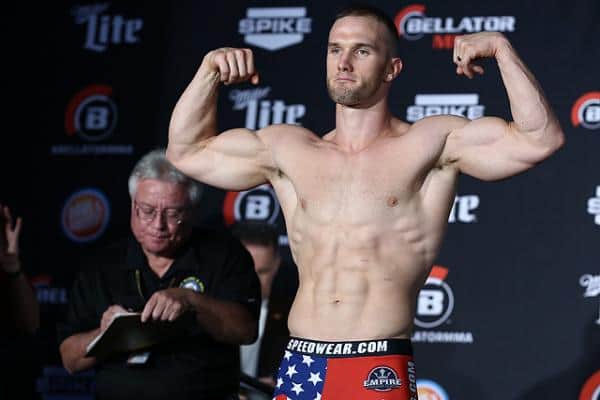 Halsey was never defeated for the championship, but rather had to vacate it due to missing weight in his last bout against Kendall Grove at Bellator 137. Now, Bellator is giving him another chance at being a champion.

Bellator 144 will be headlined by a bantamweight championship bout between champion Marcos Galvao and Eduardo Dantas. Also on the card will be Michael Page and Brennan Ward fighting to be announced opponents.

Brandon Halsey has finished four out of his last six bouts either by submission or knockout. He’s coming off a 4th round TKO of Kendall Grove at Bellator 137.

Rafael Carvalho is currently on an eleven fight winning streak and is coming off a split decision victory over Joe Schilling at Bellator 136.

Here is the current card for the event:

Bellator 144: Galvão vs. Dantas 2 will take place October 23, 2015, at the Mohegan Sun Arena in Uncasville, Connecticut. The event will air live in prime time on Spike TV.