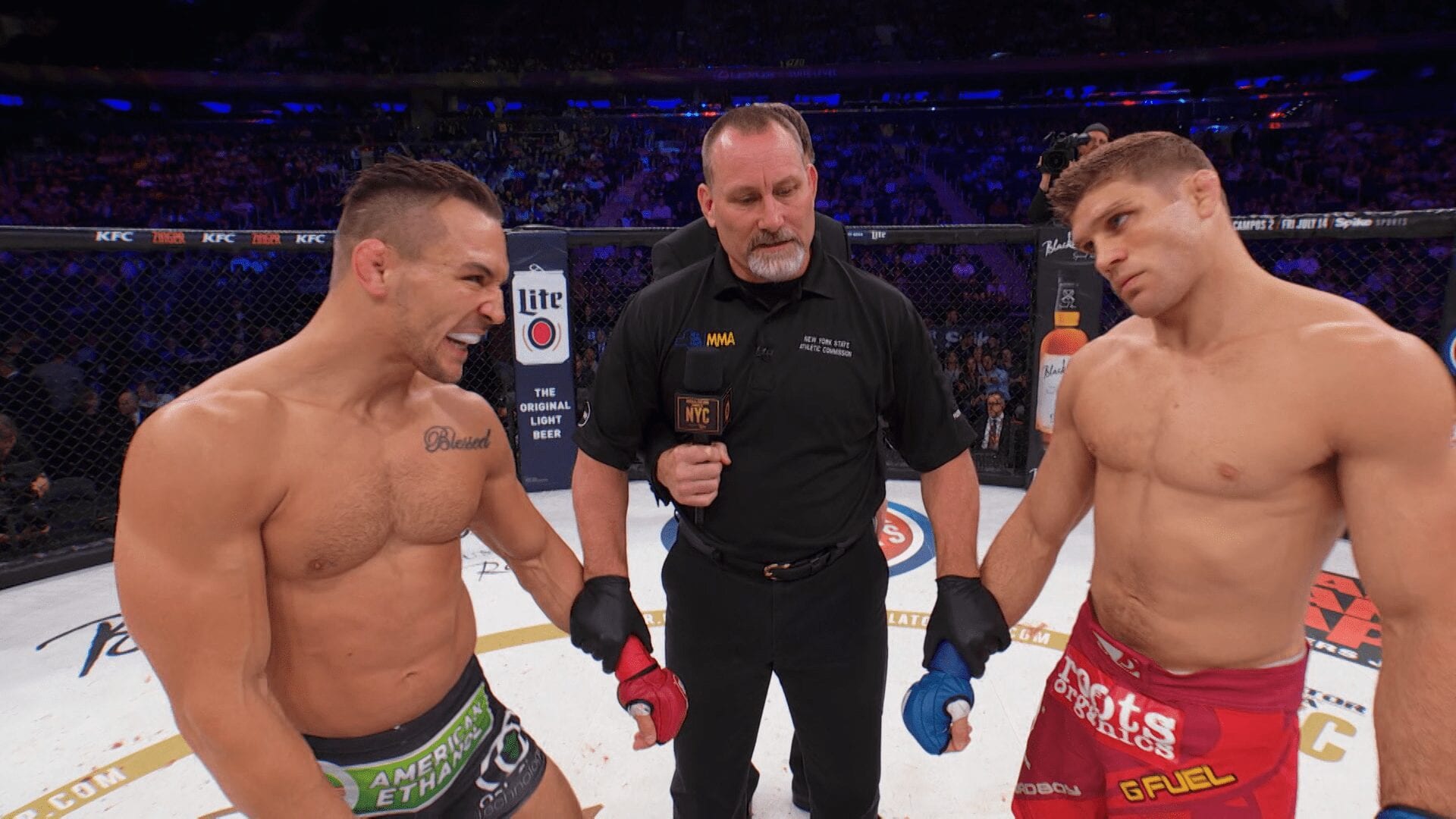 Make no mistake about it, it’s personal between lightweight champion Brent Primus and Michael Chandler.

Heading into their rematch on Friday (Dec. 14, 2018) night both men are calling it as they see it. That is, neither guy likes the other and aren’t afraid to admit it.

“The dynamics are different than a lot of fights,” Chandler revealed at open workouts via MMAjunkie. “A lot of times, I have a ton of respect for the guys who I step in the cage with, who are full-time fighters who pour themselves into the sport. They fight numerous times a year, they make it their life, their dream, their goal, their task to be a professional fighter.

“That’s not necessarily the case here in this fight. But, at the end of the day, I’ve prepared for him like he’s the No. 1 lightweight in the world. I’ve prepared for him like he’s my toughest test to date. I feel the best that I ever have been, so I’m excited to go out there, put all the grudge match stuff behind, put all the personal stuff behind.”

Their rivalry has been well-documented. The former champion has called out Primus on multiple occasions, but the champ has been on an extended layoff. Still, Chandler buy what Primus is selling and he wants to make him pay for making him wait 18 months for his rematch.

“I’ve stayed active,” Chandler said. “He’s done nothing but rust up there in Oregon teaching kids jiu-jitsu somewhere. So I’m ready to step back in there and continue this quest.”

Another thing that has rubbed Chandler the wrong way is the way it seems Primus is flanting the belt in his face.

“I’ve been in this sport a long time, and I know exactly what I’m fighting for. It will be nice to win that belt, but it’s just 12 pounds of gold and leather. It’s going to go right up on my mantle and collect dust, just like the other four of five I have.”