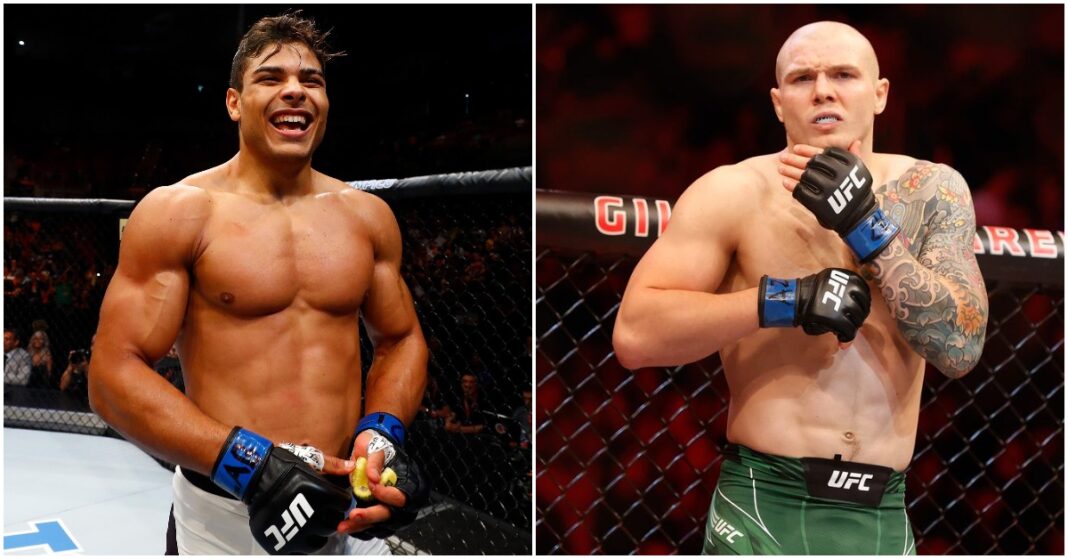 The original 185-pound main event between top five contenders Paulo Costa and Marvin Vettori this weekend has spun out of control since Wednesday when Costa showed up to media day at 211 pounds and explained he wouldn’t make the Middleweight limit. He requested a 195 pound Catchweight bout and it was agreed upon with Vettori. Not long after, the fight was made for a 205 pound Light Heavyweight bout.

“I’m making sure I’m gonna give a fight to all the fans Saturday night, and I won’t let this guy get away with it. So, I accepted the fight and we’re gonna f*cking do it. We’re gonna slap this motherf*cker, you know. We’re gonna f*cking beat him. It’s right for me to do it for all of us and for all the fighters who actually struggle to make weight. It was very disrespectful from his side to come in 30 pounds heavier and I’m ready, man, Let’s go.”(Transcribed by MMA Junkie)

Costa will lose 20% of his fight purse, and some are calling for him to lose more closer to 40-50% due to the lack of professionalism the Brazilian displayed this week.

One thing is for sure, the professionalism that Vettori has carried this week is not unnoticed. A lot of fighters would not have been so nice to their opponent with a drastic last minute weight change like this one.

Do you think Marvin Vettori made the right call by accepting this fight at 205lbs?