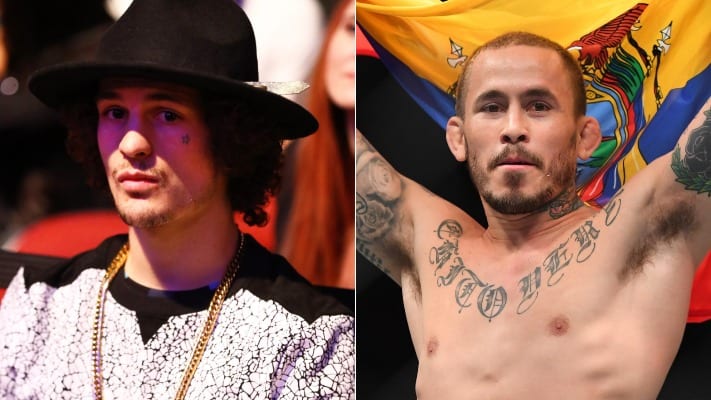 Marlon Vera has given his reaction to the news that Sean O’Malley is back on the shelf due to trace amounts of Ostarine appearing in his system.

This forced their fight at the UFC 239 pay-per-view (PPV) event to be nixed. Vera gave his take about the situation while doing a recent interview with MMA Junkie:

“(Expletive) him,” Vera said. “I don’t know what’s happening. I really don’t know if he’s really cheating or not. Again, (expletive) that guy. He was just an opponent, and I’ll wait for another guy. Hopefully, they can find me a replacement. If they don’t do it, then I cannot stress for stuff I cannot control.”

O’Malley has been temporarily suspended by the United States Anti-Doping Agency (USADA) due to the failed drug test. O’Malley had been under a suspension for six months through March after a similar infraction. He was reinstated by USADA but still had to serve the short length of the punishment.

As of this writing, the UFC has yet to name a replacement fighter for O’Malley to fight Vera at this show.