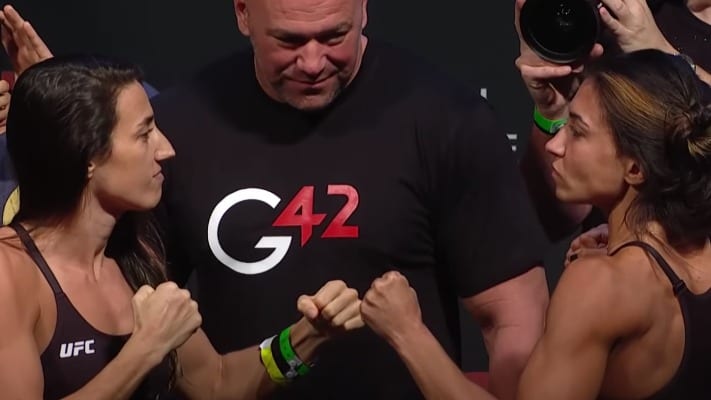 Kicking off the UFC 257 main card is a women’s strawweight clash between Marina Rodriguez and Amanda Ribas.

Round 1: Very little action just over a minute into the fight. Rodriguez lands a nice right. Ribas gets the body lock and gets Rodriguez down. Ribas is in the guard of Rodriguez as she lands some strikes from the top. Ribas remains on top but there is very little action thus far. However, Ribas is in control as Rodriguez is unable to escape the position. Rodriguez tries to get active towards the end of the first but an overall dominant round from Ribas.

Round 2: Rodriguez drops Ribas with a big right hand as she proceeds to land hammer fists! It appears as if Herb Dean is stopping the fight as Rodriguez walks away but the fight continues as Dean hasn’t stopped it yet. Rodriguez proceeds to land an elbow before unloading with more strikes before Dean ends it this time!