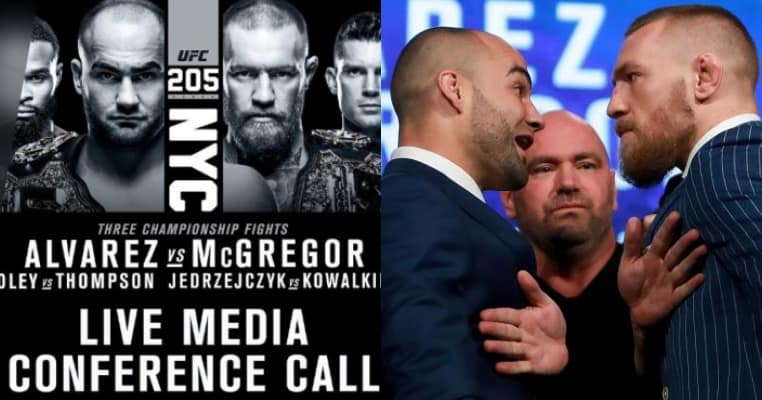 The biggest MMA event of the year -and some would say of all time – is only days away, with the UFC’s long-awaited debut in New York City is set for Madison Square Garden next Saturday night.

The main event of course features featherweight champion Conor McGregor and his quest to make history as the first-ever simultaneous two-weight champion in UFC, when he takes on 155-pound boss Eddie Alvarez in his third fight outside of his usual weight class in 2016.

Per the usual for any McGregor event, the trash talk has already gotten started, and it’s set to ramp up to an even higher level at today’s UFC 205 conference call featuring both of the champions. Listen to what should be an entertaining discussion starting at 5 p.m ET right here: