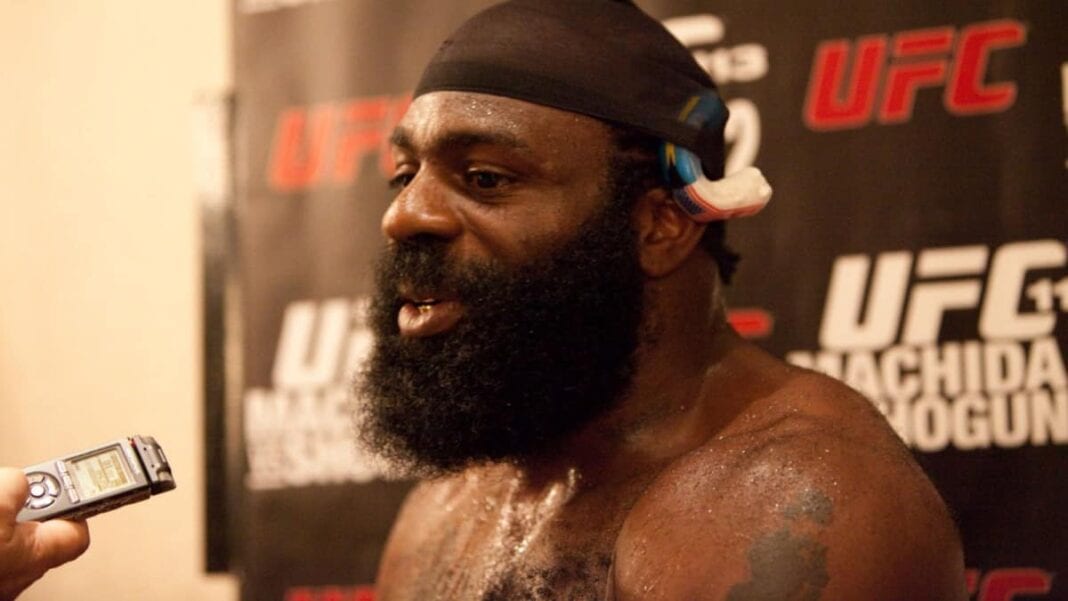 I’m still not sure what to make of Bellator 138 last night. It was a circus-like show, with WWE type promotion, headlined by an almost comical, yet intriguing main event. Overall, Bellator’s brightest stars shined, and the main event, well it was as entertaining as it could’ve been.

To cap off the night, two men who both haven’t fought since 2010 stepped in the cage to squash beef that is seven years old. Now 41-years-old, street fighting sensation Kimbo Slice returned to action to meet mixed martial arts (MMA) pioneer, and legend of the sport Ken Shamrock.

The two were supposed to meet at EliteXC: Heat back in 2008, but Shamrock suffered a cut, and was forced out of the bout on fight day. Slice has continually called Shamrock a coward, and their rivalry has just grown over the years.

They finally settled the beef last night in one round. Shamrock, the submission artist, took Slice down multiple times, and even locked in, what looked to be a pretty tight rear-naked-choke. He held on for nearly sixty-seconds, but Slice somehow escaped, got back to his feet and put his heavy hands to work. He landed multiple shots, and one big right hand that put Shamrock to sleep, earning a first-round knockout, and ending the rivalry.

Check out the full fight here.

Now with his return in the rearview, what’s next for the former YouTube star? Well, speaking with MMAJunkie after the fight, Slice confirmed that he’s not done yet, and that he will fight again:

“This is not my last fight,” he said. “I will be fighting again.”

As far as the fight itself, Slice said it went how he imagined it, a knockout, although he didn’t plan on being put in a chokehold:

“It was the fight I daydreamed about and saw over and over in my head, but without being put in a chokehold,” Slice said. “That, I didn’t see coming.”

At 41-years-old, can Kimbo Slice really make a run in Bellator?