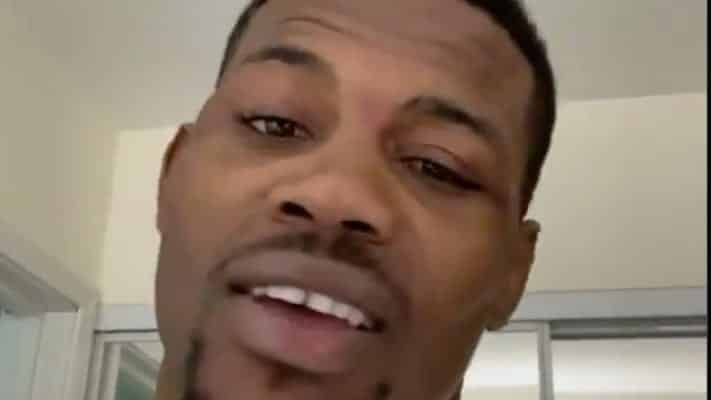 Kevin Holland has no plans on stopping his talking during a fight.

Holland suffered a unanimous decision defeat at the hands of Derek Brunson who used his takedowns and wrestling to earn a comfortable victory last night at UFC Vegas 22.

More than the action, it was Holland who was more entertaining for continuing to talk while he was being controlled as well as in between fights to Khabib Nurmagomedov who was cageside.

Of course, he also received plenty of criticism for only talking and not focusing on the fight enough. But Holland won’t be stopping anytime soon as he reacted to the setback.

“Oh f*ck, we’re a little beat up but never gonna stop talking,” Holland said on social media. “If you guys don’t f*cking like it, deuces.”

That said, it appears Holland acknowledges the fact that getting wrestled by the bigger middleweights is something that may affect his record going forward.

That is why he might be planning a welterweight move. His ideal first opponent? Belal Muhammad.

“Honestly, I’d like to get a nutritionist and try 170,” Holland said on the ESPN post-fight show (via MMA Fighting). “Those boys are heavy in there at 85. It’s nothing I just can’t deal with. It’s just something that when you fight for 25 minutes, you think about that type of stuff.

“So if I could try a 70 fight, that would be awesome. Belal kept mentioning my name getting ready for this fight, and I kept commenting on his little stuff. Belal [Muhammad is] coming off an eyepoke, I’m coming off a loss. We wanted to fight before. Why not do it now?”

Do you think that’s the best move for Holland?