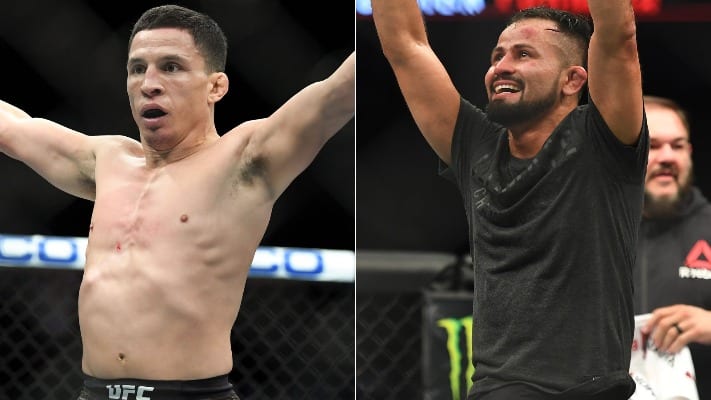 The division is currently run by Henry Cejudo, who holds the UFC’s flyweight and bantamweight titles at the moment. Unfortunately, “Triple C” will sit out for the rest of 2019 with a shoulder injury. In the meantime, challengers for both the 125 and 135-pound weight classes must emerge.

Speaking to MMA Junkie recently, Formiga explained that he’s willing to wait on a title shot against Cejudo with a win over Benavidez tomorrow night. Formiga not only wants to face the champion of two weight classes, but avenge the split decision loss he suffered to Cejudo back in 2015:

“I’m ready to wait,” Formiga said. “Cejudo is the guy that I was aiming for two reasons. One, he’s the champion, the champion of two divisions, and my division now. And two, because he beat me in the past. I’m on a quest to beat everybody who beat me. Benavidez is now because he’s the next one, and then Cejudo is next.”

With a win over Benavidez, Formiga remains firm that his next fight would have to be for UFC gold. Even if it means implementing an interim 125-pound title while the division waits for Cejudo’s return:

“Which division, which belt is he going to defend first?” Formiga said. “Hopefully it’s a 125er, but if not and he defends at 135, maybe the UFC can put an interim belt for me to go against somebody else so I can have a title shot. My next fight will be a title shot for sure.”

Do you think Benavidez vs. Formiga should be for an interim championship?