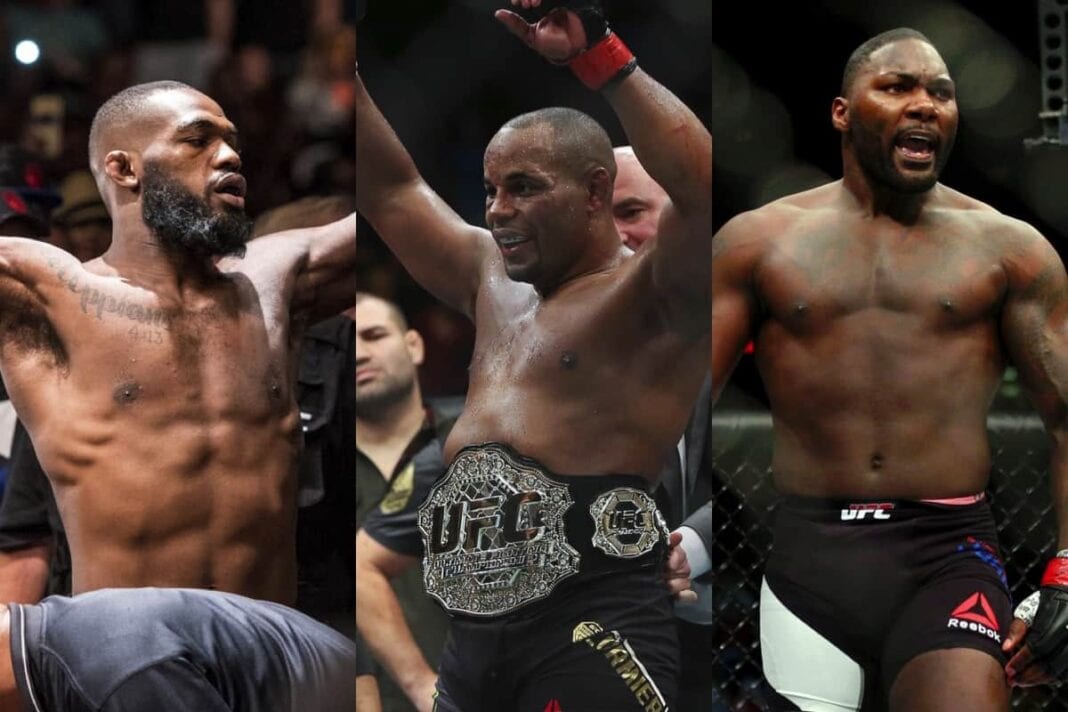 Jon Jones will most likely challenge for the 205-pound title upon his return.

We noted that UFC President Dana White was recently a guest on the UFC Unfiltered podcast with Matt Sera and Jim Norton (quotes via FOX Sports), and he had quite a bit to say. One subject White touched on was who former light heavyweight king Jon Jones will take on upon his return from suspension.

Jones was suspended for one year by the United States Anti-Doping Agency (USADA) after testing positive for clomiphene and Letrozole (anti-estrogen drugs), and was removed from his scheduled title unification bout with Daniel Cormier just days away from UFC 200. Jones’ suspension is set to be lifted in July, and White says he will most likely be taking on the winner of the upcoming title bout between Cormier and No. 1-ranked Anthony ‘Rumble’ Johnson:

“Depending on where Jon’s head is and where he thinks he is, I would assume he would come right back and try to get his title back.”

While some may believe Jones is in need of a ‘tune-up fight’ before stepping right back into the Octagon with the likes of ‘DC’ or ‘Rumble’, White has a firm stance against ‘tune-up fights’ for someone that’s a top five competitor in the world:

“If you’re going to go in there and give it, at least go in and try to get your belt back,” White said. “It’s like everyone was saying Ronda (Rousey) should have had a tune up (fight). There are no tune-up fights.

“When you break into the top five in the world, everybody’s nasty. What you don’t want to do is lose to somebody (ranked) 8, 9, 10. It knocks you right out of the top 10 and it doesn’t make sense.”

What are your thoughts? Do you think Jones is in need of a tune-up fight when he returns? Or is ‘Bones’ ready to jump right in against either Cormier or Johnson to reclaim his title?