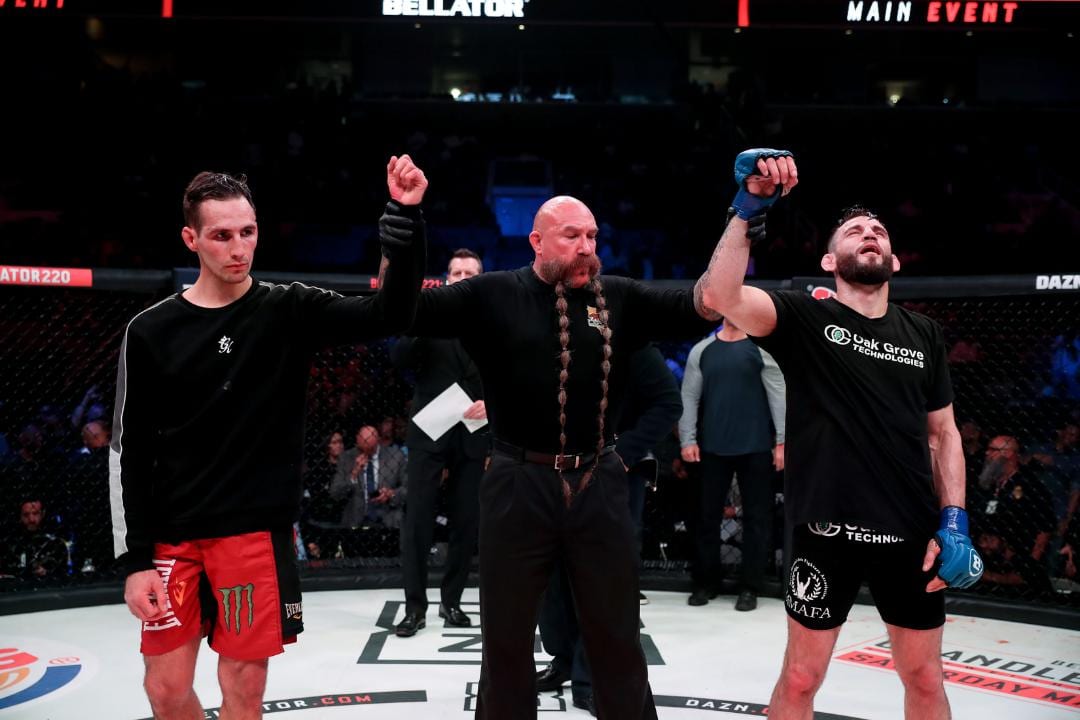 Jon Fitch admits that he’s on the fence regarding potential retirement from the sport of MMA.

Thus, MacDonald retained the title and advances in the tournament. MacDonald will now fight Neiman Gracie in the next round of the tournament. This contest went down on Saturday night at SAP Center in San Jose, California.

While speaking with the media after the fight at the post-fight press conference, Fitch made it known that he thought won the fight. He also noted that this could be his last fight and retire.

”I didn’t lose, so I don’t know if I should keep that promise,” Fitch said (H/T to MMAFighting). “But there’s a good chance it’s my last time. Now, if I got offered the Neiman Gracie fight, it’ll be hard to turn down a chance to win million (which goes to the winner of the current eight-man Bellator welterweight tournament).”

”I’m on the fence about walking away,” he said. “I’ve done a lot in this sport, 42 pro fights, two amateur fights, 17 years of training, and I started wrestling at nine. I’ve been banging heads for a long time. It’s up to me, how I feel. I want to get some picture and see how my body is holding up. I can’t straighten my arms. I’ve lost an inch in reach, and that’s not a good thing. But it’s fun. I have fun doing it. I’m not getting any younger.”

Fitch made it known that he would be ready to compete at the upcoming event on June 14th at Madison Square Garden. He would replace MacDonald in the tournament should the champion not be able to fight against Gracie at the show.