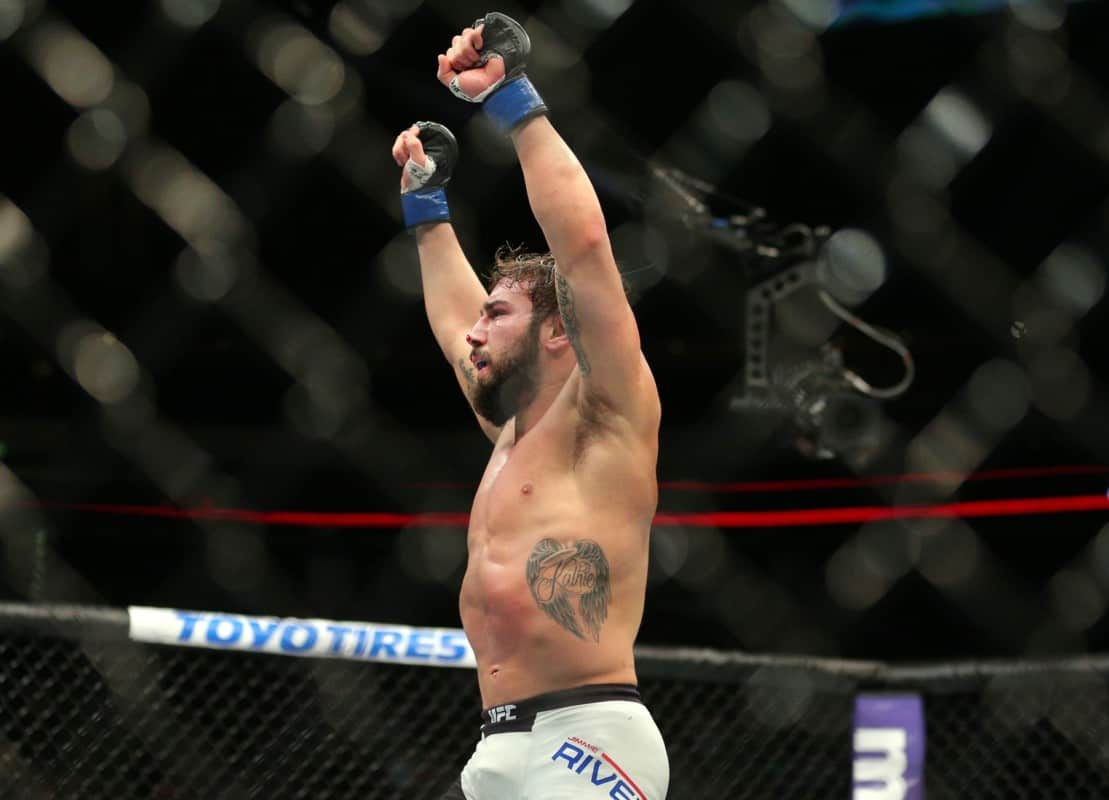 “El Terror” earned a huge victory over “The California Kid.”

The two 135-pounders stood in front of each other all of the first round. Faber looked for any weakness in his opponent. “The California Kid threw out leg kicks. Rivera landed a counter left hook. Commentator Joe Rogan mentioned Faber shaking his right hand and not throwing with it since.

A counter kick from Rivera landed early in the second frame. Faber kicked “El Terror” low and as a result the fight was halted. The bout resumed quickly. A left hand found the mark for Rivera. A hard leg kick sent Faber to the canvas momentarily. Faber’s left leg showed a significant amount of redness. Rivera clearly won the second round and Faber limped to his corner.

Faber went high with a kick, but Rivera parried it. A right hand connected for “El Terror.” A hard kick to the body found the target for Rivera. He followed it up with an inside leg kick. Faber poked the eye of Rivera and it was from an open hand swing. The doctor checked on Rivera’s eye, but he was okay to continue. “El Terror” caught the leg of his opponent and landed a straight right. “The California Kid” connected with a right hand. Faber went for a clinch, but Rivera easily pushed him off. A right hand followed by a left landed for Rivera. The final horn sounded and the winner was clear.