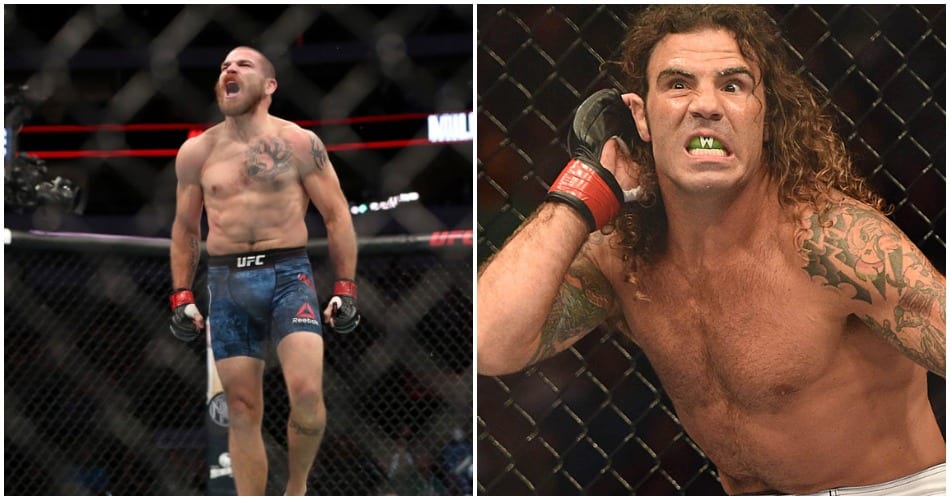 A lightweight clash between veterans Jim Miller and Clay Guida is reportedly in the works for UFC Newark this summer.

The UFC will return to Newark for the first time since 2016 at the Prudential Center on August 3. And according to sources close to ESPN, the plan is for Miller and Guida to feature on the card. Bout agreements are not signed as of yet, but the fight is expected to be made official soon.

The duo have 59 combined UFC fights between them but coincidentally, have never fought each other before. Given their Octagon mileage, it’s clear the focus for both fighters is not to win a title or climb up the rankings anymore, but to have meaningful fights.

Miller, 35, has won two of his last three fights following a four-fight losing skid. He most recently submitted Jason Gonzalez at UFC Fort Lauderdale in April. As for Guida, the 37-year-old has won three of his last four fights, including a recent decision win over former champion BJ Penn last month.

As of now, there is no main event booked for UFC Newark. However, tickets will go on sale June 28.