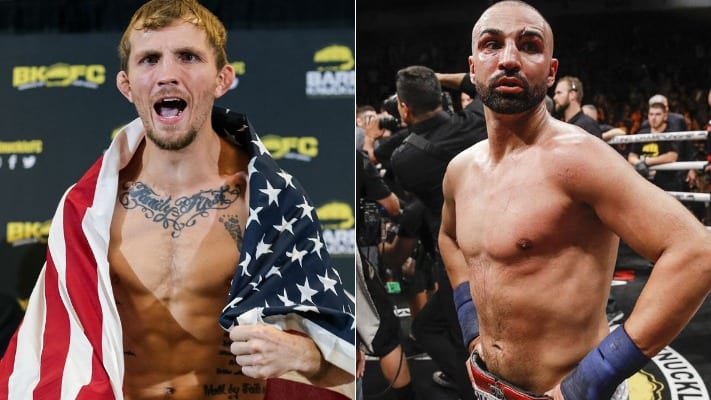 Jason Knight is looking to capitalize on his TKO win over Artem Lobov over the weekend.

Knight finished Lobov in the fifth round of their Bare-Knuckle FC 9 main event. Taking to social media, Knight decided to shoot his shot at call out former boxing world champion Paulie Malignaggi. Malignaggi previously fought for BKFC in a highly-anticipated main event against Artem Lobov, which Lobov won via decision.

Since, Malignaggi has claimed his BKFC career is over, but Knight took to social media to challenge him to a pro boxing fight instead.

“@paulmalignaggi I know u don’t want to fight BKFC again but what would u say to a boxing fight ?? I have no prior pro boxing matches but I bet I can school you at your own game!!”

However, after his win over Lobov, Knight’s former UFC opponent, Jim Alers was brought into the ring to seemingly set up a fight between the pair inside the BKFC ring. A trilogy bout between Lobov and Knight is also possible, as both men verbally agreed to it in their post-fight speeches. It will be interesting to see what Knight decides to do following his big win over Lobov.

What do you think about a pro boxing fight between Knight and Malignaggi?