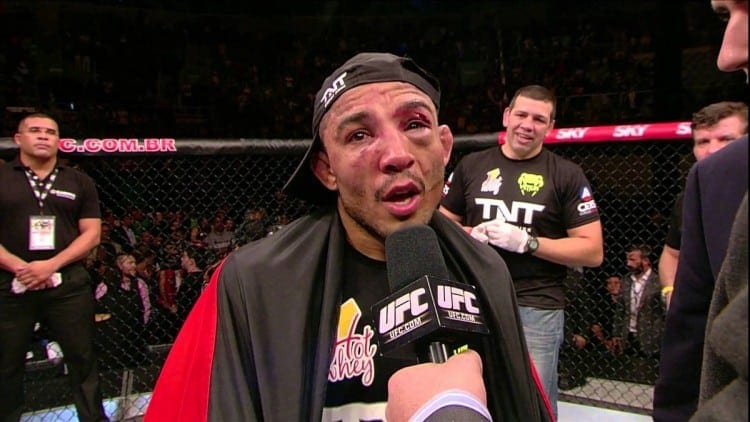 At age 48 legendary Brazilian jiu-jitsu artist Royce Gracie will once again step into the mixed martial arts (MMA) cage when he takes on another ageing pioneer in Ken Shamrock at a Bellator event in February.

However, recently speaking with FightHub, Gracie touched on the massive UFC 194 event which went down last weekend (December 12, 2015) from Las Vegas, Nevada.

The endless promotion and trash talk culminated into a shocking 13-second knockout for the “Notorious” one that quickly ended Aldo’s 10-year reign of dominance.

Touching on the bout, Gracie gave McGregor credit, but noted that “Scarface” will be back:

“McGregor said what he was going to do, and he did it. He did it. Jose Aldo’s been a champion for 10 years.”

As for what Aldo should do now, Gracie advised the fellow Brazilian to let go of all of the pressures that come with being a champion, and “re-do” what brought him to the top in the first place:

“Go back to training camp, and re-do it again without the pressure of being champion. When you’re the champion you have a lot of pressure man, to defend for ten years.

“Now he’s got something to chase.”