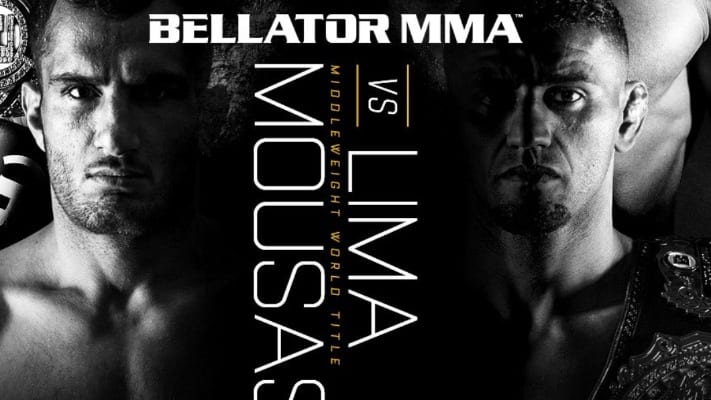 Rafael Lovato Jr. recently vacated the title after he revealed that he was dealing with a brain condition that would keep him out of action indefinitely.

Lovato Jr. notably defeated Gegard Mousasi via majority decision to win the strap last summer, and the former will unsurprisingly compete for the vacant title.

His opponent will be Bellator welterweight champion Douglas Lima, who will move up to challenge for the belt in an attempt to become a two-weight champion. The superfight was announced by Bellator president Scott Coker and is set to take place at Bellator 243 on May 9 in San Jose, California.

“Since we can’t have a cross-promotional superfight I’ll give you another,” Coker tweeted.

Mousasi’s defeat to Lovato Jr. halted an eight-fight winning streak that dated back to 2016. He has since bounced back with a split decision win over former UFC light heavyweight champion Lyoto Machida.

As for Lima, he reclaimed the Bellator welterweight crown after outpointing Rory MacDonald in October. In total, he has won six of his last seven outings.

Bellator 243 will be headlined by a light heavyweight title fight with two-weight champion Ryan Bader defending his title against Vadim Nemkov.

What do you think of the card so far?