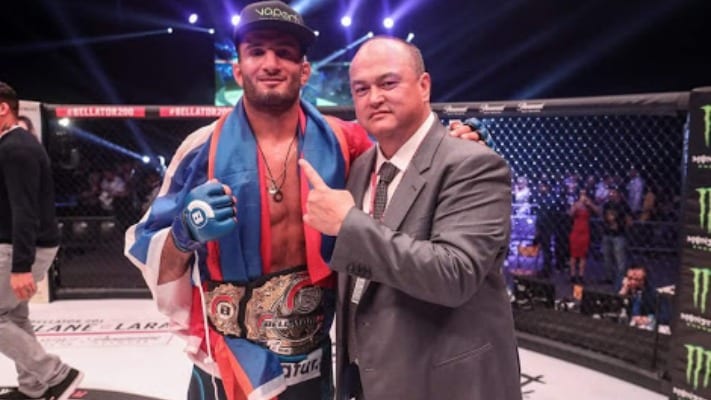 Bellator middleweight champion Gegard Mousasi has some interesting plans should he win his next fight.

While speaking with MMA Junkie, the Bellator star noted that he has an interest in moving to light heavyweight or welterweight in an attempt to become a two-division champion.

“Welterweight, only if Douglas Lima wins (the grand prix final),” Mousasi told MMA Junkie. “That’s going to be more appealing if he wins because a rematch of me vs. Rory (MacDonald) is not that interesting now.”

“Like I’ve always said, they should pay me more. If they don’t pay more, fine, I have a contract. I’m worth more against Ryan Bader, and I’m worth more if I fight Douglas Lima for the belt. That’s the way I feel. My value goes up because the opponent is better, and more people would like to see that. I guess if they don’t want to pay, I’m fine. I’ll fight my own middleweight fights.”

Mousasi is slated to defend his Bellator middleweight title against Rafael Lovato Jr. in the headliner of the upcoming Bellator London event. Obviously, he would need to retain his title before another title pursuit begins. Bellator London is set to take place on Saturday, June 22, 2019, at SSE Arena in London, England.

Bellator welterweight champion Rory MacDonald is slated to fight Douglas Lima in the finals of the Welterweight Grand Prix tournament. While the promotion wants this fight to take place in September, MacDonald has made it known that he wants it to take place later this year.