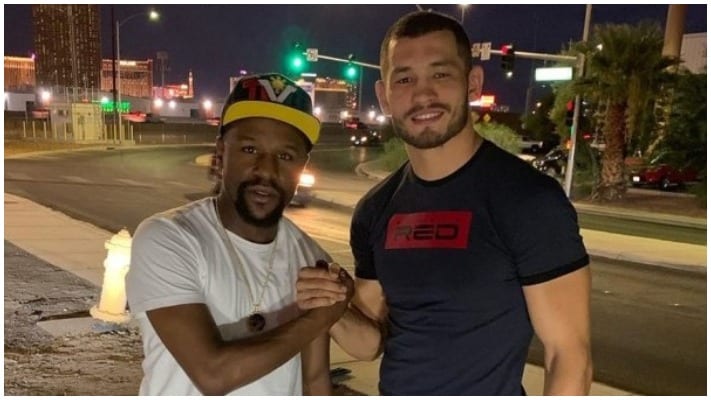 Makhmud Muradov of Mayweather Promotions is set to get his chance in the UFC.

The only mixed martial artist signed by Floyd Mayweather, Muradov will make his debut at UFC Copenhagen on September 28. He will be replacing the injured Peter Sabotta and fight Alessio Di Chirico in a short-notice middleweight bout.

“Alhamdulillah for everything that the Almighty gives me,” Muradov wrote according to a translated version. “Today I signed a contract with the strongest organization in the world @ufc I would like to thank my team of brothers for the work done @ adrian1mma @lusenbakos @first_mma_management Together we make the story of Alhamdulillah. I am the first Uzbek in the UFC. Thank you all very much for your support for your faith in me In Sha Allah together we go for another victory.”

Muradov is 22-6 and is unbeaten in his last 11 fights. The Uzbekistan native last competed at an Oktagon MMA event in July where he knocked out Wendell de Oliveira Marques in the second round.

Mayweather has hyped Muradov up as well. Last month, “Money” labeled him as the best MMA fighter in the world as he shared footage of some of his highlights:

UFC Copenhagen will be headlined by a middleweight encounter between Jack Hermansson and Jared Cannonier.

What do you think of Muradov? Are you excited to see him in action?