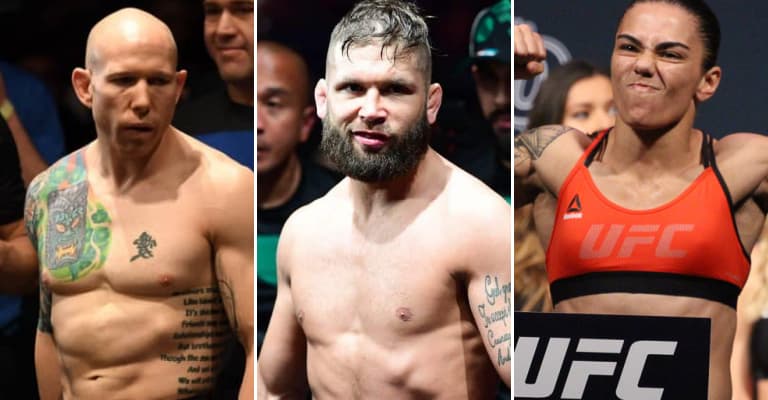 UFC on FOX 28 took place last night (Feb. 24, 2018) from Orlando, Florida, and it turned out to be quite the exciting night of fights.

In the main event, Jeremy Stephens scored a brutal albeit somewhat controversial finish over Josh Emmett.

With the event now in the rearview mirror, let’s take a look at the five biggest takeaways from UFC on FOX 28:

Since entering the UFC in 2016, “Platinum” Mike Perry has emerged as a potential star and for good reason.

He has an exciting fighting style, is willing to take on all comers and isn’t afraid to speak his mind.

Opening the main card against Griffin, Perry was a big favorite, but he was picked apart and dropped over the course of three rounds. It’s now quite clear that he needs to go back to the drawing board and work on rounding out his game.

4) Ilir Latifi Has Emerged As A Light Heavyweight Contender

The 205-pound division is currently one of the weakest in the UFC, starving for contenders.

And after last night, a new contender may have emerged.

Proving that he’s continued to round out his game, “The Sledgehammer” has now won two straight fights and he should be in line for another big fight moving forward. Perhaps a meeting with No. 6-ranked Mauricio “Shogun” Rua would make sense next. 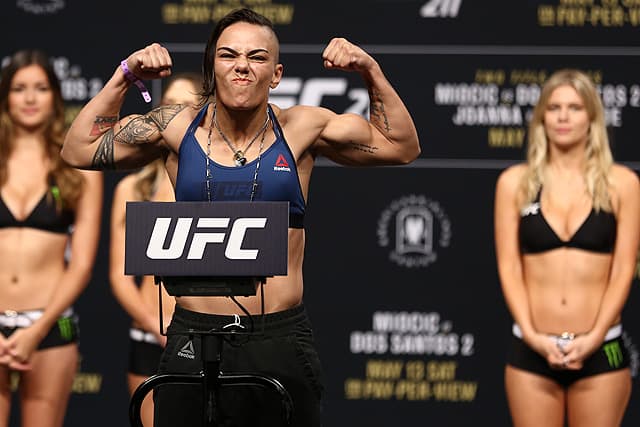 3) Jessica Andrade Should Receive The Next Title Shot

Since then, however, she’s won back-to-back fights, scoring a decision victory over Claudia Gadelha this past September and outpointing Tecia Torres in last night’s co-main event.

With that being said, she should be in line for the next title shot.

Rose Namajunas is scheduled to defend her title against Jedrzejczyk at UFC 223 in April, and the winner should next take on Andrade.

In the main event of UFC on FOX 28, Jeremy Stephens scored an electrifying victory over Josh Emmett, finishing the fight via TKO in the second round.

The beginning of the end for Emmett came when he was rocked and dropped by a vicious left hook from Stephens, but that’s when the fight became a bit controversial. Stephens swarmed Emmett before throwing what appeared to be an illegal knee to a downed opponent.

Since then, many have debated whether or not the strike was indeed illegal and whether or not it had any effect on the outcome. Regardless, referees should have the ability to review situations like this in order to maintain fairness in the sport.

1) Jeremy Stephens Is Hitting His Stride

Stephens has remained relevant in the featherweight division for years now, but it appears as if he’s just now hitting his stride.

After losing three out of four between 2015 and 2017, Stephens has now won three straight fights with two of those fights ending in stoppages.

Regardless of the controversy, Stephens is at the top of his game and should be in line for another big fight.