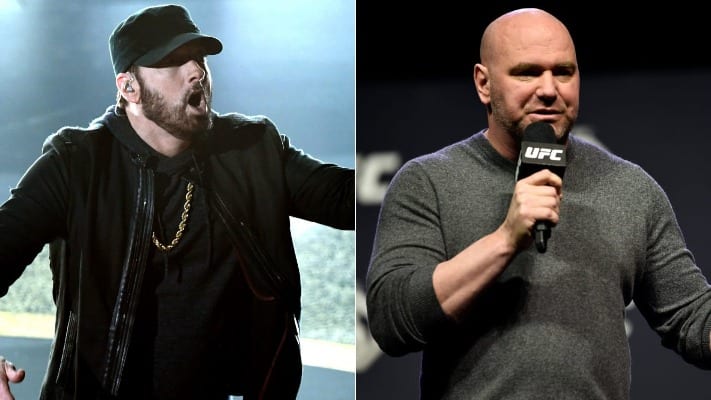 Rap icon Eminem has recently been involved with the promotion of UFC 257. A video advertising the main event featuring Eminem’s music made the rounds on social media, after being posted by both the UFC and Eminem.

However, it would appear that there is a certain level of tension between the hip-hop legend and the UFC president Dana White. In an interview on ESPN SportsCenter, Eminem can be seen taking shots at White. Whilst the full interview has not yet been released, former UFC Light Heavyweight Brendan Schaub posted an exclusive clip of the exchange between the two. The video shows Eminem bluntly stating to White that “The best part about your opinion is that it doesn’t matter. And if every fighter that you had listened to your opinion when you doubted them, you wouldn’t have a f*cking league, so”.

As mentioned above, the full interview has not yet been released. However, ESPN SportsCenter anchor Michael Eaves has since revealed that it will drop on Saturday.

Whether the clip is simply an out of context quote from Em, or a direct verbal assualt on the integrity of Dana White, it remains to be seen.

What are your thoughts on the potential feud between the UFC President and Slim Shady?