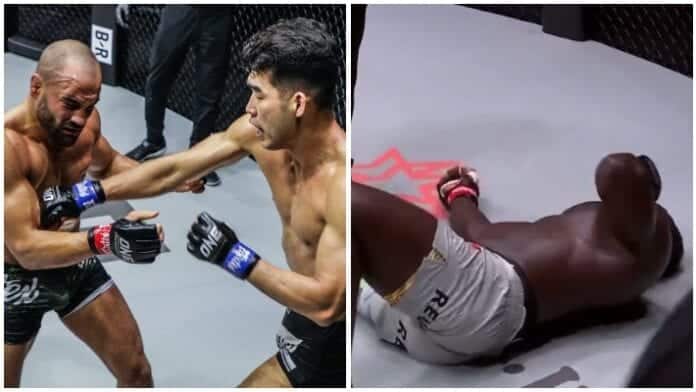 Eddie Alvarez has once again suffered defeat under the ONE Championship banner.

The former UFC and Bellator champion was hoping to quickly bounce back from being disqualified in his last fight.

For those that don’t remember, Alvarez was thrown out of his last fight.

‘The Underground King’ was dominating Iuri Lapicus early before a couple of his punches hit the back of his opponent’s head.

The Moldovan was unable to continue despite a lengthy time out.

The result was recently overturned and now appears as a no-contest on both men’s records.

Just a few week later, Alvarez was back in Singapore to fight Ok Rae Yoon at ONE on TNT 4.

Things did not go well for the lightweight legend who was dropped early.

Alvarez managed to survive the heavy knockdown but was unable to mount enough offence in the final two rounds to sway the judges in his favour.

Rae Yoo picked up the biggest win of his career via unanimous decision.

Earlier on the ONE on TNT 4 undercard, Senegalese wrestling sensation Oumar ‘Reug Reug’ Kane suffered the first defeat of his professional MMA career.

Kirill Grishenko manged to pull off the monumental upset to score a second round TKO win.

The two fighters spent much of the opening two rounds locked in a clinch battle.

As the horn sounded to end the second stanza, Grishenko landed a punch on Reug Reug.

Kane dropped to the floor holding his throat. The referee checked on Reug Reug who remained on the floor for some time in agony.

Ultimately, cage side doctors waved off the fight and Grishenko was declared the winner after replays showed he threw the punch before the bell sounded to end round two.

The undefeated heavyweight out of Belarus picked up the biggest win of his career and stretched his perfect record to 4-0. Reug Reug drops to 3-1 as a professional MMA fighter.

Was you surprised to see Eddie Alvarez and Reug Reug lose at ONE on TNT 4? 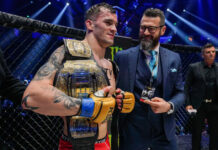 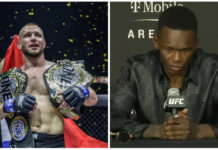