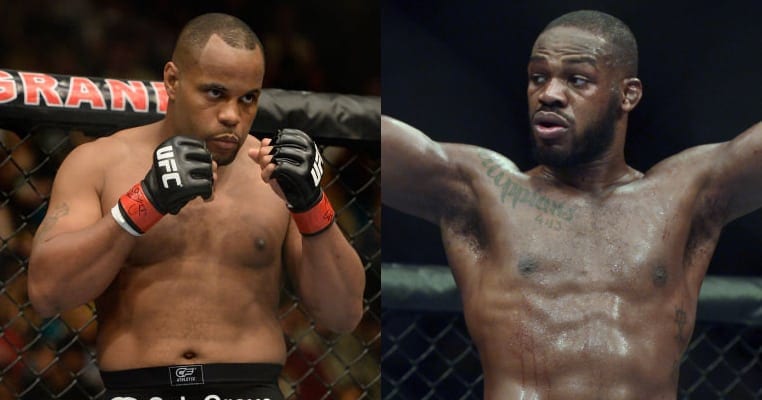 A report surfaced yesterday (May 10, 2017) indicating that a rematch between light heavyweight champion Daniel Cormier and ex-titleholder Jon Jones was official for July 29’s UFC 214 from Anaheim, California.

The champion then took to his official Instagram account to blast “Bones” and his previous issues with USADA (United States Anti-Doping Agency):

Here you go Jon! You use this and you shouldn’t have to worry too much about usada. Sign the Damn contract! I’m gonna be in Anaheim. Get it going. Keep ur nose, sorry mean hands clean for two and a half months man. Come on. I’ll ask nicely. Please #beenwaiting #letsgo im willing to make a deal with you, the devil to run it back. #imdesperate

The two 205-pound titans were set to rematch last July at UFC 200, but Jones was forced to withdraw after being flagged for an anti-doping violation. He was handed a one year suspension that will expire in early July, making him eligible to fight at UFC 214.

“What is he talking about? The champ is here? The champ is right here in Los Angeles in this chair,” Cormier said. “He lost the belt when he ran that pregnant lady over and when he tested positive for steroids. You’re no champion. Sign the damn contract. Enough with these tweets.”

Do you expect the two rivals to run it back this summer?