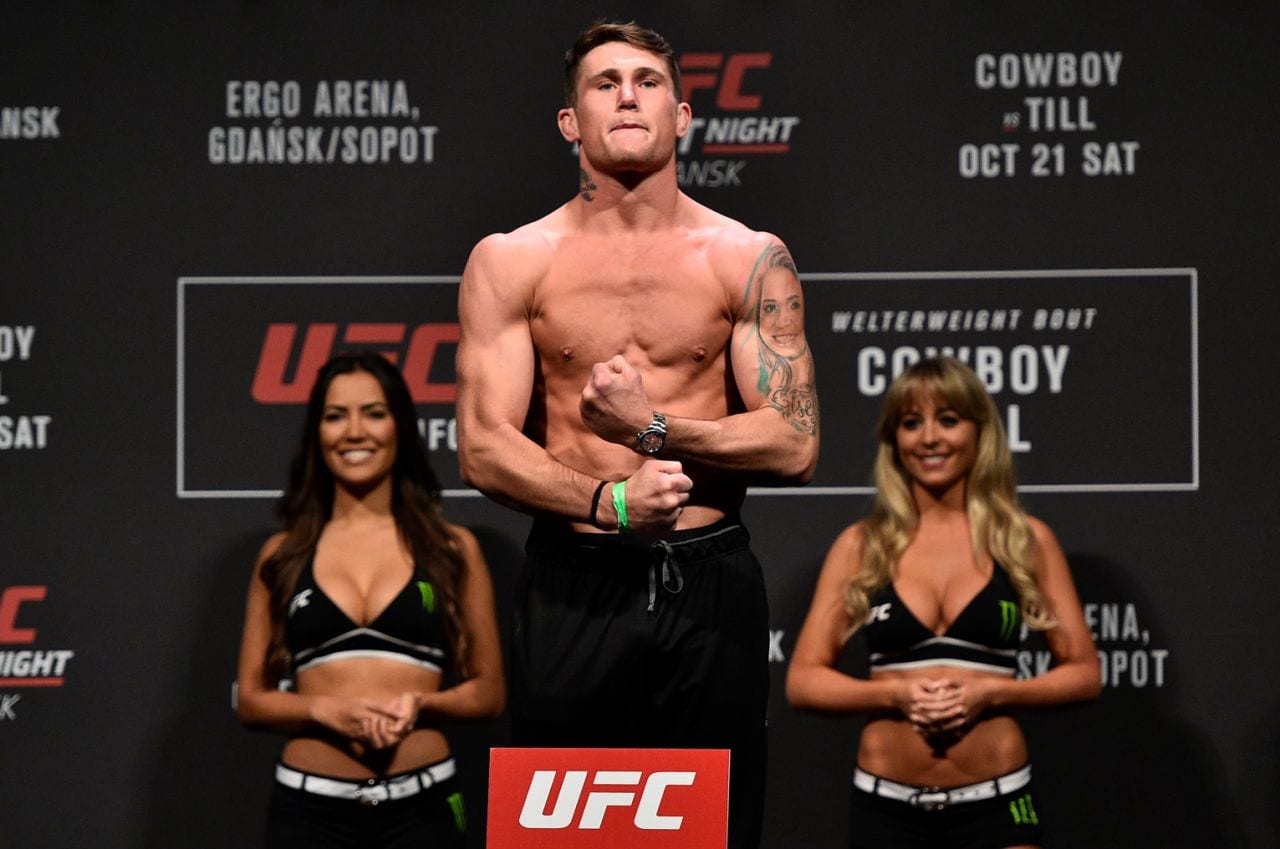 Recent title challenger Darren Till may be unsure what division he will be fighting in moving forward, but his nutritionist, Eoghan Gallagher, believes “The Gorilla” can fight at 170 pounds for a long time to come.

Till hit the scales the Friday morning (Sept 7, 2018) before his title fight against Tyron Woodley at a lean 169 pounds. The gentleman responsible for Till’s most recent weight cut is his nutritionist Gallagher.

Although Till has the final say in where he will compete in the future, Gallagher believes the Liverpudlian can fight at welterweight as long as he wants to.

“[The weight cut] did go extremely well in the end,” Gallagher told Peter Carroll on the latest episode of Eurobash. “I was very confident [he would make weight] and I think he can make 170 with ease for years to come, it’s just all about what his preference is moving forward.”

Despite Till’s past issues making weight in the UFC Gallagher believes that with the proper plan in place Till should have no issues what so ever hitting the 170-pound mark.

“We are absolutely confident that when you put in a system that looks to achieve goals over a certain period of time and don’t leave everything to the last minute, like a lot of people do, [Till can make the weight],” he said. “I only got to work with Darren [for a short period of time]. I met him and 20 days later he was 169 pounds, which was significantly less than what I got him at.”

Gallagher is confident that the more time he can spend with Till the easier future weight cuts will be for the Brit. Gallagher will be spending time with Till in Liverpool prior to his next fight.

“Ideally, what I’d like to do moving forward is spend six to eight weeks with him in Liverpool in a much longer camp than this one, obviously this was a short-notice fight. I’d look to get the weight down earlier, get him a bit slimmer — a little bit less aggressive than I had to do it this time. I’d get the weight down slowly, making the cut in the end extremely easy.”

“This cut was super easy. The actual water cut itself did not take a significant amount of time. When he jumped on the scales and we saw 170, his teammate Mike Grundy and I were there, we were all together and it was a really emotional moment for us. We just hugged it out and we were like, ‘Wow’. Absolutely, Darren can make 170 with ease with the systems that we have in place,” he said.