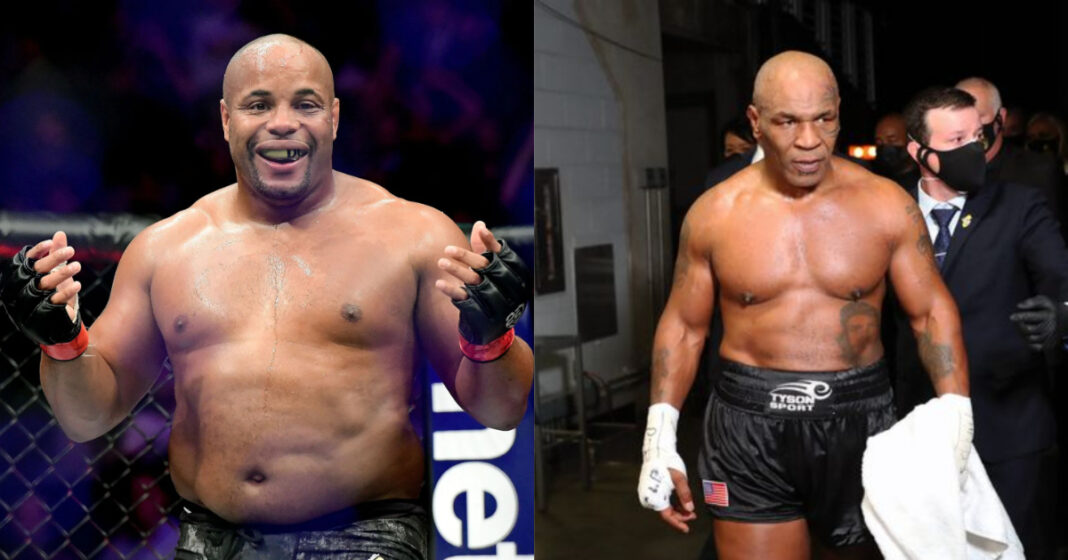 Former UFC champion, Daniel Cormier, claims that he would beat up boxing legend and former heavyweight champion, Mike Tyson in a street fight.

Former light-heavyweight and heavyweight UFC champion Daniel Cormier has fought and defeated a number of big and intimidating men over the course of his storied career, but maybe none quite as fearsome as ‘Iron’ Mike Tyson.

A former undisputed heavyweight boxing champion, Tyson, captured a world title at just 20 and tore through all his opponents from the mid-’80s to early 90s. Tyson would capture the public’s imagination and morph into something that nothing before or since has been replicated.

Although Tyson would suffer inconsistency after his first career loss famously at the hands of James ‘Buster’ Douglas, Tyson would carry a fearsome presence and reputation up to his retirement in 2005, ending his career as a multiple-time heavyweight champion.

Even now at 56 years old, Tyson is still one of the most revered figures in the combat sports world, but during an episode of DC & RC, Daniel Cormier (jokingly) would defend his honor. Responding to a tweet that claimed that the former UFC champion would have defeated Mike Tyson in a street fight, Cormier would be forced to agree.

“I’m tapping out on answering,” Cormier’s co-host Ryan Clark joked responding to the tweet. “I understand that street fights involve a lot of things and that DC is a lot meaner than he looks. I’m also more scared of current Tyson than I am of Daniel Cormier, so I’m not going to give an answer that may be factually untrue, and I’m also not going to give an answer that may get me beat up in real life so I abstain from making an answer.”

“But RC, more than the fight, because I love Mike, he’s my boy and I would never raise a finger to harm Mike Tyson, the only reason I say that is I’m a little bit jolly.”

Who would win in their primes, Daniel Cormier or Mike Tyson?