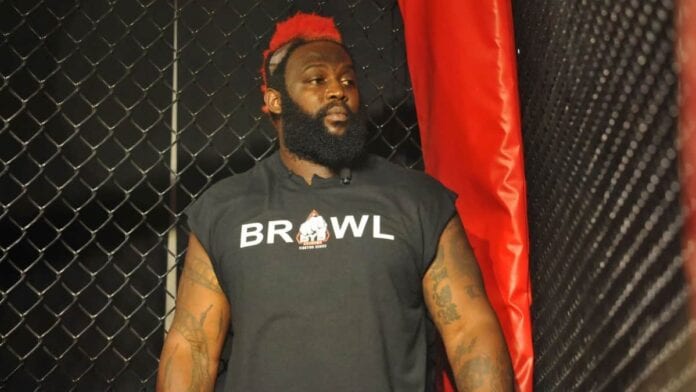 To put it lightly, it was simply one of the worst fights fans have ever seen, but the fact of the matter is that fans weren’t expecting much more than to be entertained which seems to be what Scott Coker and Spike TV are going for as of late.

Anyways, the fight lasted longer than expected, carrying on until the third round when both men could barely stand due to exhaustion.

Dada 5000 would face plant into the canvas not even from a punch, but simply because he couldn’t stand anymore, and that’s where things became scary.

He was soon taken out on a stretcher and taken to the hospital for what was thought to be precautionary reasons, but it turned out to be much more.

Detailing the whole situation via Twitter, Bleacher Report’s Jeremy Botter reported that Dada 5000 was in critical condition last night likely due to a massive weight cut, but has fortunately been stabilized as of now:

BREAKING: Multiple sources confirm Dhafir Harris was in critical condition overnight. His heart stopped and he was placed on a ventilator.

I am told Dada will be providing a comment today at some point. Not sure when.

Here is the statement from the family of Dhafir Harris. pic.twitter.com/c4oCUI0YCs

Harris, a man who does not cut weight, cut nearly 40 pounds in the weeks leading up to the fight and nearly died because of it.

Should this fight have never occurred in the first place?