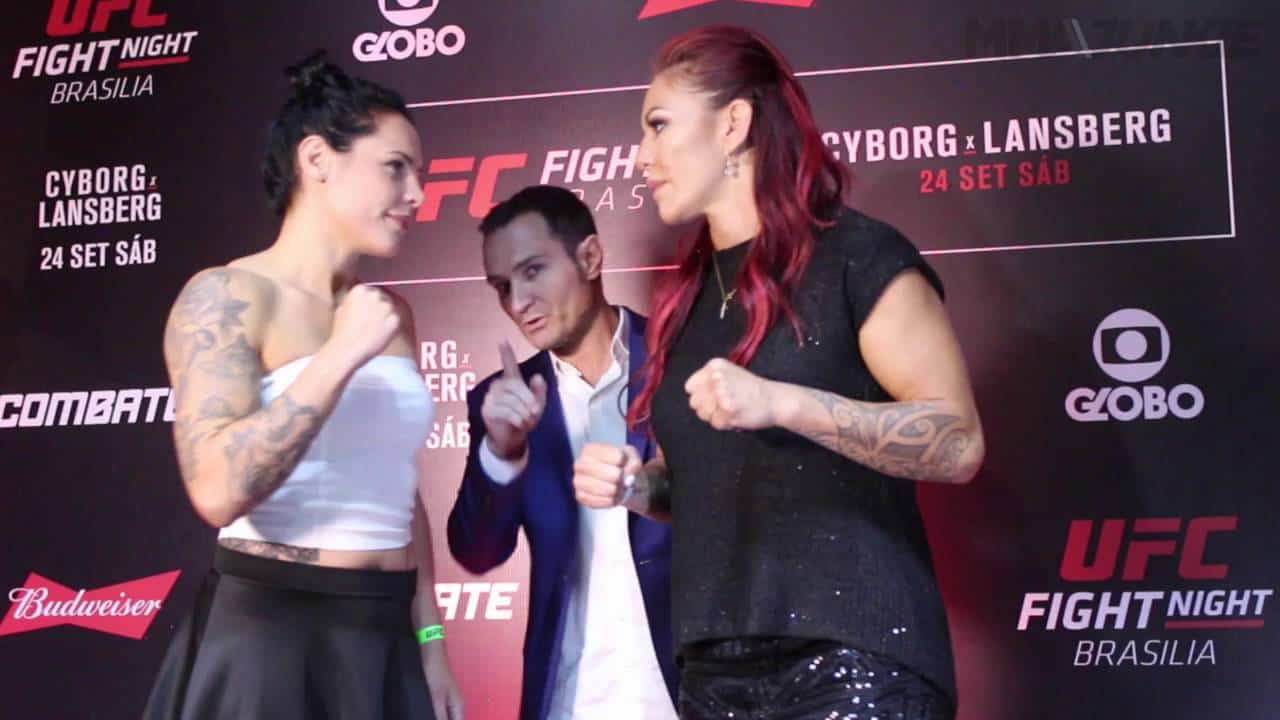 With two days left before this weekend’s (Sat., September 24, 2016) UFC Fight Night 95 from Ginásio Nilson Nelson in Brasília, Brazil, most of the news on the Cristiane ‘Cyborg’ Justino vs. Lina Lansberg main event has centered on ‘Cyborg’s’ brutal weight cut in order to make 140 pounds.

The former Strikeforce and current Invicta champion has long been faced with pressure to cut down to bantamweight in order to fight Ronda Rousey, but if she can’t even make 140 to face Lansberg Saturday, then the fight may not happen at all. Speaking during today’s media day for the card (via MMA Junkie), Lansberg didn’t have much sympathy for her dominant opponent:

“We are both professionals and we have signed a contract at 140 pounds. And she has already been given 140 instead of 135, and we all have to remember the UFC weight is 135, and she’s the only one fighting above it. I’m fighting at 135 as well, and the contract is 140, so I do expect her to make weight, and I’ll fight at 140 and nothing else.”

As for her own weight cut, Lansberg, who usually fights at ‘Cyborg’s’ usual home of 145 pounds as well, said it was going “perfect” and focused on the fact she could still eat during the week, something Justino probably wasn’t able to do much of. she even ran into ‘Cyborg’ on the way to get some snacks:

“I was on my way there to buy some fruits and goodies – that I still can eat. And we crossed her way. She was running in her sweatsuit. Yeah, I know the feeling, but we’ve known for months, so it’s her responsibility.”

Justino supposedly had 24 pounds to cut early in the week, meaning things most likely aren’t all that pleasant for her as she attempts to make a second straight draining cut to 140 after her first well-documented dilemma with the scales for her UFC debut at UFC 198 in May.

She’s criticized her famed nutritionist George Lockhart for telling her to take birth control pills during this cut, but no matter what the reasons she’s so far over, it looks like it could cost her a second UFC fight – and this time a headliner – if she doesn’t make the weight.