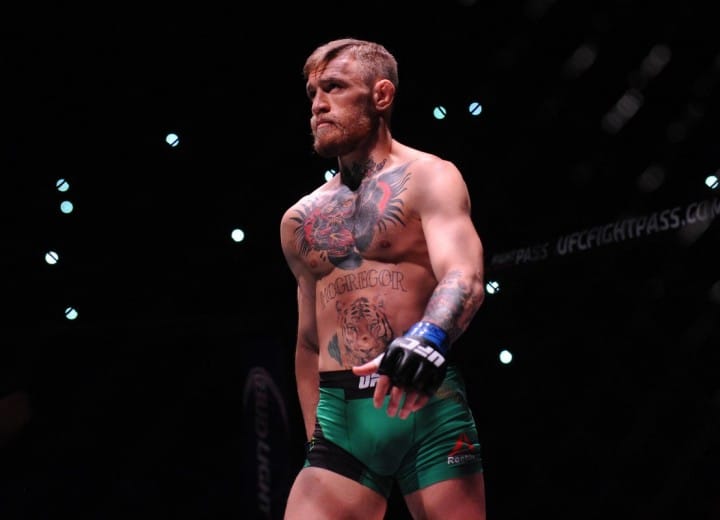 According to MMAfighting.com‘s Ariel Helwani, UFC featherweight champion Conor McGregor‘s recent retirement via social media may only be temporary.

Helwani tweeted early Wednesday morning that the Irish star may not have seen his last appearance in the Octagon just yet.

Lots of theories/motives/timelines being thrown out re: McGregor. I suspect the absolute truth will only come out when he speaks first.

Wouldn’t hang my hat anything. One thing multiple sources seem to agree on: he’ll fight again. When? Where? How? TBD. But they believe that.

According to Dana White in a recent interview with ESPN, McGregor refused to attend a media event in Las Vegas this week as he is in Iceland training for his previously scheduled fight with rival Nate Diaz. Now White says the UFC 200 main event has been scrapped and UFC brass is searching for other options for the card’s main event.

McGregor rocked the MMA world Tuesday afternoon, when he sent out a tweet announcing his sudden departure from the sport:

According to Helwani, UFC President Dana White claims the dispute between McGregor and the UFC was never about the money and he believes “Notorious” will fight again:

Dana White on The Herd now. “Never, ever was this about money.” He also says he thinks Conor will fight again this year.

“I’m not mad at Conor. Conor made a decision and a choice to not fight on this card. That’s on him, man,” White said.

White also said he is open to clearing the air with the Irishman, to re-negotiate a bout at UFC 200 and went into more depth about the disagreement that led to his removal from the card:

White adds that if McGregor called him today to clear the air they could figure it out re: 200.

White says Conor’s mgmt asked to move the media stuff to May but that wasn’t an option. “This is weird,” White said on the tweet.

“Conor delivers. But he wasn’t planning on delivering this weekend, and I had to pull him. It’s what had to be done,” White said at the end.

McGregor has yet to go in depth on his apparent retirement and has not made an official statement at this time.