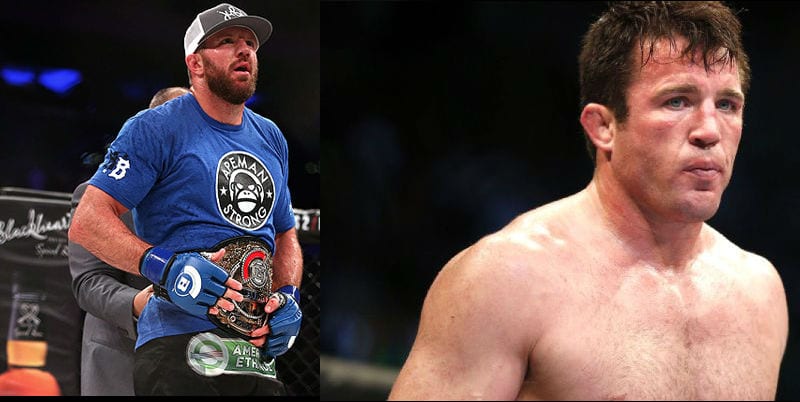 Chael Sonnen issues a challenge in order to fight Bellator light heavyweight and heavyweight champion Ryan Bader inside of the cage. This comes after Bader’s biggest win thus far in his pro-MMA career.

As seen in the main event of Bellator 208 on October 13, 2018 at the Nassau Coliseum in Uniondale, New York on the Paramount Network, Fedor Emelianenko was able to score a first round TKO win over Sonnen.

Sonnen was able to pick up a decision win over former UFC light heavyweight champion Quinton Jackson at Bellator 192 at The Forum in Inglewood, California in January 2018 to move forward in the tournament.

“The American Gangster” laid down the challenge to Bader when he wrote the following in a tweet that has since been deleted:

“3 left hooks then we start the fight. I still take your belt Bader. Quit calling out bums.”

“Tnx for accepting. Wanna do it before or after your mom gets outta prison?”