LowKickMMA.com
Home UFC News Donald Cerrone Says His Next UFC Fight Is “In The Works” 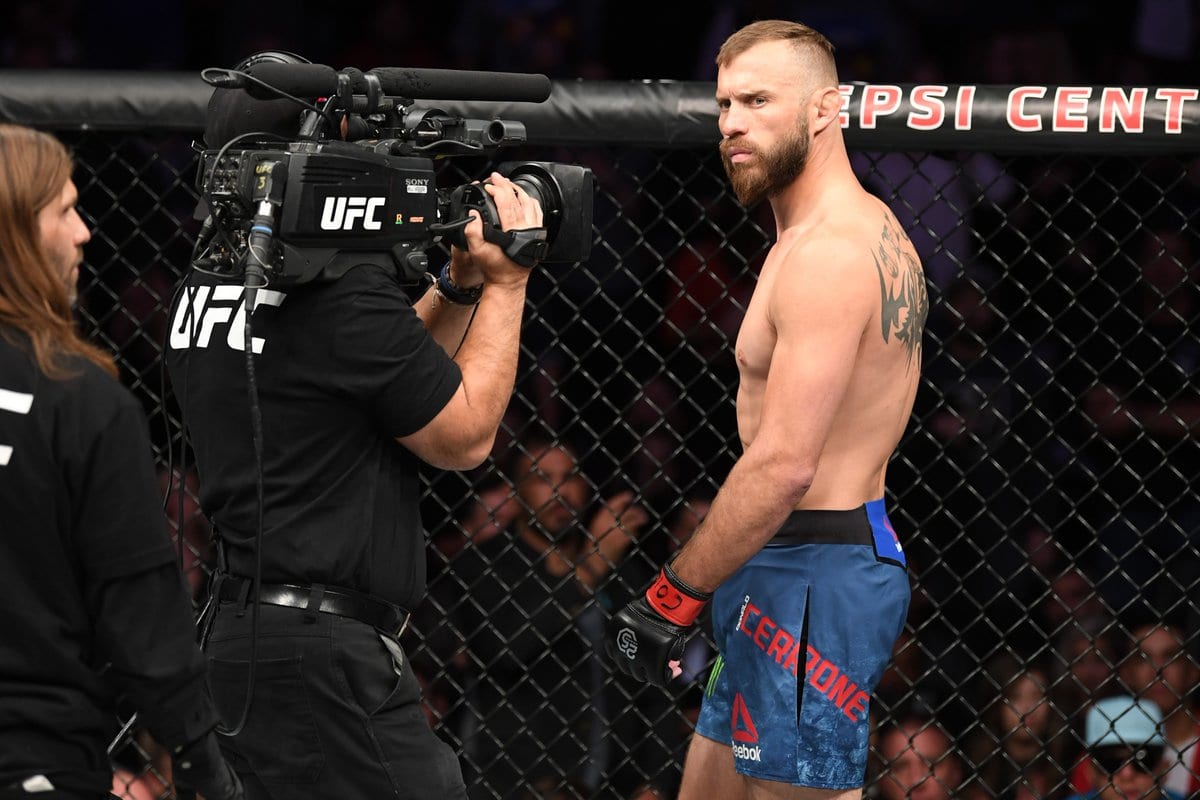 Donald “Cowboy” Cerrone is hoping for a big fight next.

Cerrone defeated Alexander Hernandez on the UFC on ESPN+ 1 prelims earlier this month. With his knockout win over Hernandez, “Cowboy” is gearing up for another run at the 155-pound title. He recently did an “Ask Me Anything” on his Instagram, but said he wouldn’t be answering questions about his next fight because that’s currently “in the works”:

“What would you like to Know? Ask anything? (only not about my next fight because that’s in the works and I can’t give you )”

After defeating Hernandez, Cerrone called for a top-ranked lightweight opponent. He named former UFC “champ champ” Conor McGregor specifically. Cerrone has been linked to a dream match-up with the Irishman for some time now. But it’s looking more and more like that fight actually could happen.

Soon after calling “The Notorious” out, McGregor agreed to fight “Cowboy” in a Tweet:

“For a fight like that Donald, I’ll fight you. Congratulations.”

Several days later, Cerrone poked at the rumored match-up yet again. He said he’d have some Proper Twelve Irish Whiskey with McGregor at the pre-fight press conference before their fight. “Cowboy” also volunteered to bring some beer as well:

McGregor responded by saying it sounds like a party:

The mixed martial arts (MMA) community seems to love the match-up between McGregor and Cerrone on paper. It’s a great opportunity for both men. Cerrone could earn the second-ever UFC title shot of his career with a huge win over the promotion’s biggest star of all time. And McGregor could get right back in the title hunt by defeating a fellow top 155-pounder like Cerrone.

It will be interesting to see if the UFC tries to make the fight happen.